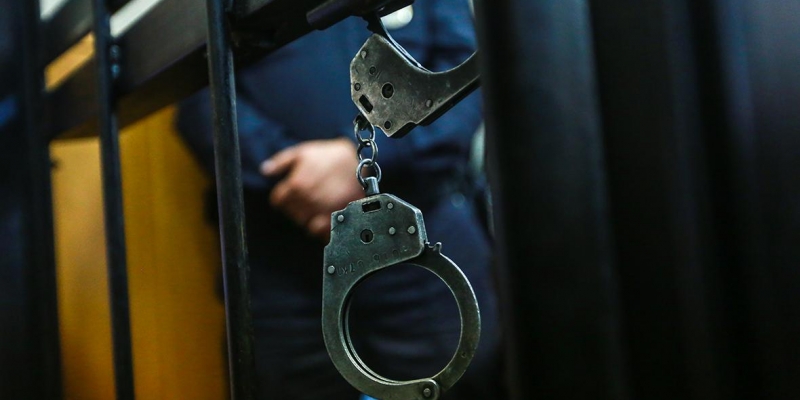 FTitov A.V. became the defendant in the case, the details of the case have not yet been disclosed. This is at least the fifth case of treason since the beginning of summer

In Russia, a person involved in a case of high treason (Article 275 of the Criminal Code, from 12 to 20 years) there was a man named Titov A.V., it follows from the judicial file. The court received a request to extend his arrest.

“RIA Novosti” writes that Titov was arrested in one of the regions, and then transferred to Moscow. RBC contacted the press service of the Lefortovo Court of Moscow for comment.

The plot of the case is unknown. Usually in Russia, cases of treason are considered in closed mode.

The punishment under the article on treason provides for imprisonment for a term of 12 to 20 years. According to the Criminal Code, treason implies espionage, the issuance of state secrets to a foreign state or an international or foreign organization, as well as the provision of any assistance to another country in activities directed against the security of Russia.

Since the beginning of the summer, this is at least the fifth case opened under the article on treason. So, in early August, the court arrested the director of the Institute of the Siberian Branch of the Russian Academy of Sciences, Alexander Shiplyuk, who was engaged in developments in the field of hypersound. According to investigators, he transmitted information about hypersonic developments, which are a state secret. Prior to that, the court arrested Anatoly Maslov, the chief researcher of the Institute, on a similar charge.

On July 14, in the case of treason, the court arrested Valery Timofeev, an employee of a Russian-Finnish company, and on July 1, Dmitry Kolker, Doctor of Physical and Mathematical Sciences, head of the laboratory of quantum Optical Technologies at the Physics Faculty of Novosibirsk State University. The scientist was suspected of transmitting data containing state secrets to China. On July 3, it became known that Kolker died in jail. The scientist was diagnosed with the fourth stage of pancreatic cancer. He could not eat on his own, he needed supportive therapy and antiemetic drugs, said his daughter Alina Mironova.

Read on RBC Pro Pro What steps will help build a healthy relationship with alcohol Articles Pro How much you need to work to be happy Instructions Pro Digital Bedouins: with what business Russians go to the Emirates Articles Pro Food is falling in price. Why Global Hunger is Still Real Articles Pro Why only 8% of Russians Strive for Limitless Wealth Research Pro Miserly Billionaire: How Gates, Buffett, Brin spend money in everyday life Articles Pro Companies change software at extreme speeds. What mistakes they make Instructions Pro What you need to know about buying real estate in Thailand: nuances and tips Articles

After the start of the military special operation in Ukraine, the Prosecutor General’s Office reminded that the actions of Russians who provide financial and other assistance to a foreign state can qualify as high treason. In mid-July, Russian President Vladimir Putin also equated switching to the side of the enemy in armed conflicts with treason.