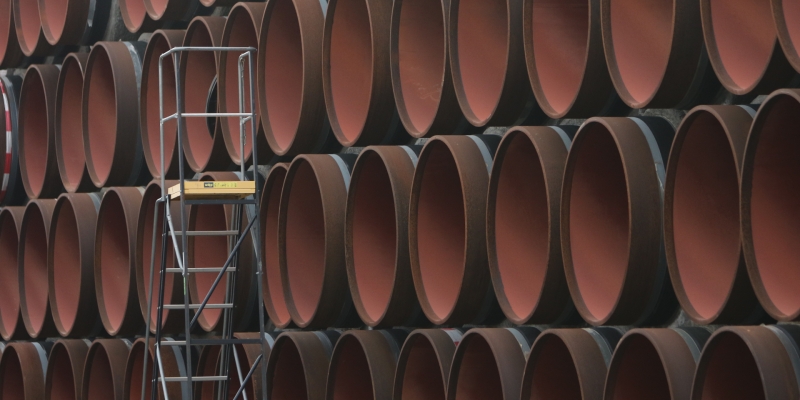 PThe US resident and his supporters are persuading congressmen to remove the amendments on sanctions against the pipeline from the defense budget. If they are accepted, Biden will be obliged to impose sanctions against Nord Stream 2 AG

US President Joe Biden is negotiating with congressmen, seeking to exclude amendments from the defense budget that involve sanctions against the Nord Stream-2 pipeline, Foreign Policy magazine reports.

Last week, Secretary of State Anthony Blinken and his aides called senators, urging them to remove amendments against companies involved in the project, the newspaper writes.

According to aides, in this way the administration tried to prevent the imposition of restrictions on German companies. One of them clarified that it is important for the United States not to “push away” Germany, which will prove to be an important ally if Russia invades Ukraine. Democrats also believe that the inclusion of amendments to the budget may significantly limit the ability of the executive branch to impose and extend sanctions, as well as create an unnecessary precedent.

According to one of the aides, the presence of amendments in the defense budget imposes on the Senate the need to submit standard reports every two months, which can “block” its work. “The consequences here will go far beyond [the restrictions for the Nord Stream-2],” he said.

At the same time, according to Foreign Policy, supporters of sanctions pressure on Nord Stream 2 believe that Biden is trying to justify his excessively soft approach to the Russian project in this way.

Amendments providing for sanctions against companies involved in the construction of Nord Stream-2 were proposed in early November by six Republican senators to the defense budget for fiscal year 2022.

If the innovations are legislated, it will oblige Biden to impose sanctions within 15 days against “any organization responsible for project planning, construction and operation of the Nord Stream-2 gas pipeline, as well as against the main shareholder of such a company.

In May, the United States included in the sanctions list two Russian companies and one institution associated with the construction of the gas pipeline, as well as 13 vessels. However, restrictions were not imposed on the construction operator Nord Stream 2 AG and its executive director Matthias Warnig.

Biden later stated that the gas pipeline was almost completed and the introduction of new sanctions would be “unproductive” for US-European relations.

In October, Politico reported that Biden is opposed to the idea of imposing additional sanctions and the White House will not take such measures while he remains president.