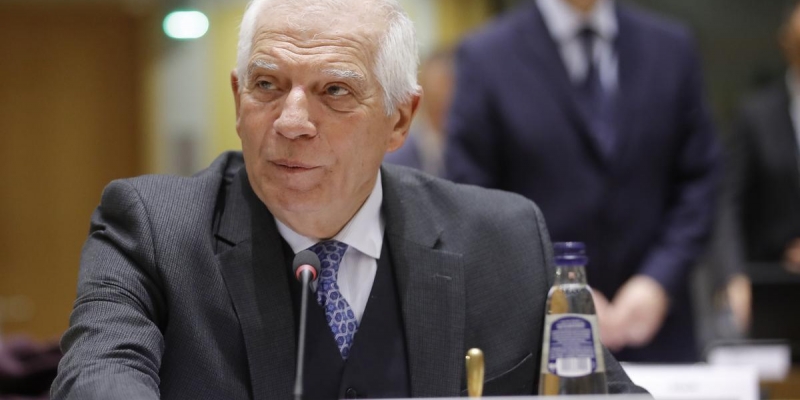 A solution to the conflict in Ukraine will be achieved by providing it with security guarantees, and after that we can talk about guarantees for Russia, said the High Representative of the European Union for Foreign Affairs Josep Borrel during his speech at the Jacques Delors Institute in Paris.

“The end of the conflict must be carried out in accordance with international law,” Borrel said. He clarified that this implies, among other things, the provision of security guarantees for Ukraine.

“As for [security guarantees] for Russia, we will talk about this later,” the head of European diplomacy added (quoted by mediapart.fr ).

In mid-September, Ukraine provided recommendations on security guarantees. Among them are investments in the military-industrial complex of Ukraine, the transfer of intelligence data, the training of the armed forces under the auspices of the EU and NATO. It is proposed to appoint the USA, Great Britain, Canada, Poland, Italy, Germany, France, Turkey, the Baltic states and a number of other states as guarantors of security. The document also states that guarantees should be provided to Kiev before possible accession to NATO, while Ukraine does not undertake to observe neutrality or limit the size of the army.

The Kremlin, commenting on this document, noted that it confirms Kiev’s desire to join NATO, which means that the main threat to Russia remains.

Russia also sent its drafts of the US and NATO security guarantees treaty in December 2021. Moscow demanded the non-expansion of the alliance to the east, including the refusal to accept the former republics of the USSR into its composition and the refusal to deploy US military bases in the post-Soviet space. In January, Russia held a series of talks with Western countries, but the parties failed to reach an agreement. On February 24, President Vladimir Putin announced the start of a military operation in Ukraine.

Read on RBC Pro China of the late 90s: why India has become a curse for Russian importers Where to register a company in the UAE: choosing between free zone and mainland “Never come across complete idiots”: what is it like to work at Adobe Where in Europe Russians can get a residence permit and then open a bank account

In December of this year, French President Emmanuel Macron suggested thinking about what will happen after the end of hostilities in Ukraine, including thinking about a new security architecture and providing guarantees for Russia’s security when it returns to the negotiating table.