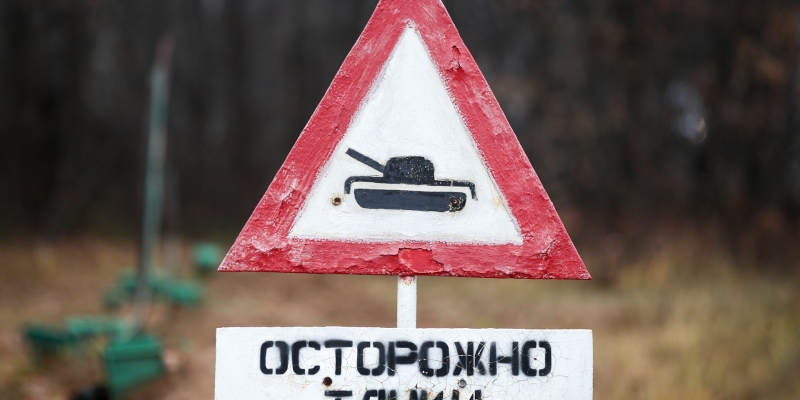 The agency cited an example of an expert who said that it would be problematic for tanks and vehicles to move through mud, and with the onset of frost they would be able to move “anywhere”

Analysts interviewed by Bloomberg suggested that in the event of a Russian invasion of Ukraine, the operation would not begin until January due to weather conditions and poor road conditions.

For example, the agency refers to military expert Pavel Felgenhauer, who told reporters that “at this time of the year we have Rasputitsa (this is the word Bloomberg cites), that is, dirt.” In his opinion, in the event of an offensive, Russian units will need to outflank the Ukrainian grouping in the Donbass, and then gain a foothold in the occupied positions.

“To achieve this, tanks and other military equipment will have to move through the black soil, which is not possible now. But as soon as the frosts hit, they will be able to go wherever they want,” he said.

In addition, according to Felgenhauer, the Russian army will have to increase its grouping in order to achieve a significant numerical advantage (two to three times) over the enemy. In his opinion, not all the necessary parts have been transferred to the Ukrainian border yet.

In turn, former NATO adviser on Russia Andrew Monaghan suggested that the strengthening of the Russian military presence on the Ukrainian border may be due to Moscow’s dissatisfaction with how the terms of the Minsk agreement on the settlement in the Donbass are being observed. He pointed out that Russia disagrees with how Ukraine is implementing this agreement, and therefore believes that if diplomacy does not work, then the military should step in.

On November 21, the head of the Main Intelligence Directorate of the Ministry of Defense of Ukraine, Kirill Budanov, in an interview with Military Times, suggested that a possible offensive by Russian troops would begin in late January and early February. In his opinion, it will begin both from the border and from the landing near Odessa and Mariupol. Budanov was then asked if the weather would affect these plans, and he replied that “for Russians and Ukrainians, this is not a problem.”

On November 23, the press secretary of the President of Russia Dmitry Peskov said that the best guarantee of security for Ukraine is the implementation of the Minsk agreements. “The lack of progress in their implementation is a significant irritant and trigger that leads to an increase in the level of tension in Europe as a whole,” he said.

CBS News, citing unnamed US officials, reported on November 20 that US intelligence officials had warned European allies about a potential Russian military invasion of Ukraine.

Moscow has repeatedly rejected suggestions of plans to invade Ukraine, and all reports of troop movements on Russian territory were called an internal matter.