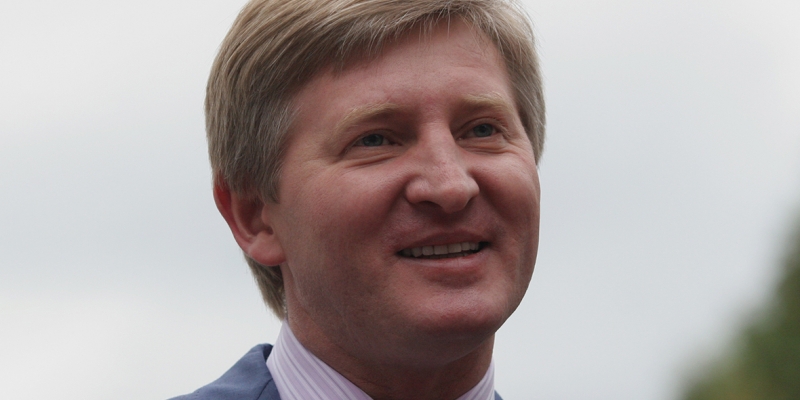 ZYelensky had previously reported that Akhmetov’s entourage was “framing” the businessman, trying to drag him into the war against Ukraine. The entrepreneur said he was outraged by the “spread of this lie”

The information disclosed by the President of Ukraine, Vladimir Zelensky, that the entourage of businessman Rinat Akhmetov is trying to drag him into a coup d’etat being prepared in the country does not correspond to reality, Akhmetov said. His words were conveyed to RBC by the press service of the company “System Capital Management”, which was founded by the businessman.

“I am outraged by the spread of this lie, regardless of what motives the president is guided by. My position has been and will be unequivocal – an independent democratic and integral Ukraine with Crimea and my native Donbass,” Akhmetov said.

According to the businessman, he will continue to “defend democracy, economy and freedom of speech in Ukraine as a citizen of Ukraine, the largest investor, taxpayer and employer of the country.” “And I will do everything in my power so that there is no authoritarianism and censorship in Ukraine,” he promised.

Zelensky said at a press conference on November 26 that he had information about an upcoming coup attempt in the country with the participation of Russians. The Ukrainian leader referred to audio recordings in which representatives of Russia and Ukraine discuss Akhmetov’s participation in the conspiracy. The businessman himself is not on the tape. “I believe that this is a setup of businessman Rinat Akhmetov. I believe that this is an operation, he is being dragged into a war against the state of Ukraine,” the president said.

Zelensky invited Akhmetov to the office of the President of Ukraine to “listen to information that can be shared”. He refused to name the names of other people who may be involved in the coup.

Akhmetov is the richest Ukrainian according to Forbes (his fortune is estimated at $7.6 billion). The SCM Group controls the TV channels “Ukraine” and “Ukraine 24”. In the spring of 2021, Zelensky named the businessman’s last name, listing those who can get into the Ukrainian register of oligarchs. In June, he introduced a law to the Verkhovna Rada, which defined the concept of “oligarch” and regulated relationsofficials with similar faces. The definition of “oligarch” was received, among other things, by all private individuals who have a significant influence on Ukrainian politics and economy and control segments of the media space. The head of state signed the law in early November, this document obliged civil servants to submit declarations on contacts with oligarchs, and the latter banned contributions to political parties.

Zelensky did not answer the journalists’ question at the conference about whether the Kremlin was involved in a possible coup. “Russia had no plans to participate. Russia never does such things at all,” said Dmitry Peskov, the press secretary of the Russian president.