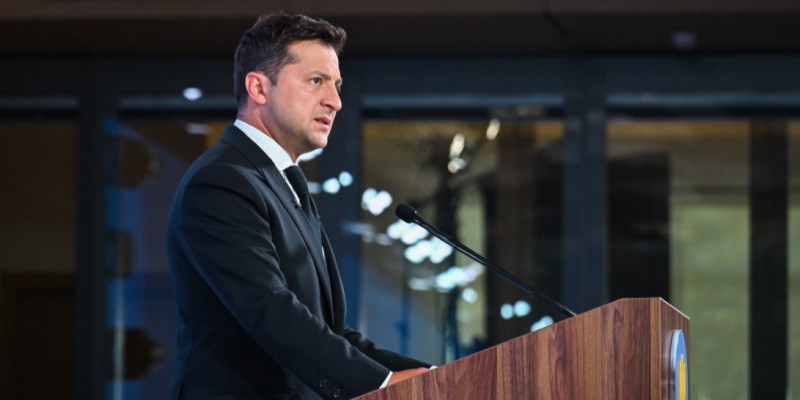 ZYelensky signed the law on the indigenous peoples of Ukraine, including the Crimean Tatars, Karaites and Krymchaks. In Russia, the law was criticized because Russians were not included in the list of indigenous peoples. But there are no Ukrainians in it either

President of Ukraine Volodymyr Zelensky signed the law “On the indigenous peoples of Ukraine”, the press service of the head of state reported.

It was noted that the document is aimed at maximum protection of the cultural, information and other rights of indigenous peoples, providing them with mechanisms and tools for working with the Ukrainian state. In particular, the law provides for the recognition of representative bodies of indigenous peoples.

At the same time, the law separately prescribes the indigenous peoples of Ukraine who were formed on the territory of the Crimea. These are Crimean Tatars, Karaites and Krymchaks.

This wording means that Russians in Ukraine cannot be considered an indigenous people. Also, this definition does not include national minorities living on the territory of Ukraine, who have their own national states, in particular, Hungarians who have long lived in the Beregovsky district of the Transcarpathian region.

Indigenous peoples have the right to self-determination, equal legal protection, their political status within the framework of the laws of Ukraine, the definition of their national symbols, as well as free economic, social and cultural development.

Russian President Vladimir Putin, during a direct line at the end of June, called this law an example of the unfriendly attitude of the current Kiev administration towards Russia. In particular, he called it “incomprehensible” that Russians were not included among the indigenous peoples of Ukraine. Russian russians have lived here from time immemorial, and now they are declared non-indigenous, ” Putin said, adding that this could lead to a reduction in the number of Russians in the country.

Russian Ones and Ukrainians are one people, and it is not the Ukrainians themselves who are hostile to Russia, but the current leadership of the country. One Russian citizen, Zelensky, responded by saying that if Russians and Ukrainians were one people, ” in Moscow, most likely, there were hryvnia, and a yellow-blue flag was flying over the State Duma.” In turn, the Ukrainian Foreign Ministry noted that Russians are a national minority whose rights are protected by the Constitution on an equal basis with others, but they cannot be an indigenous people, since they have their own state.