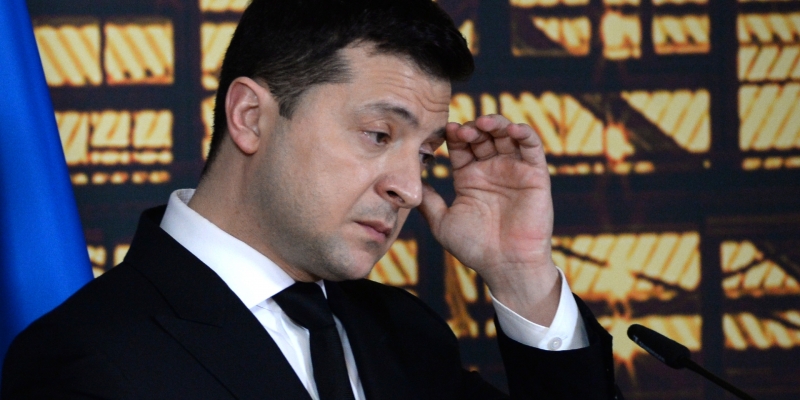 ZYelensky imposed sanctions against the media company of Medvedchuk’s associate Taras Kozak Restrictions were imposed against three media companies, including the Novosti holding, which was blocked in February by the TV channels “Ukraine”, ZiK and NewsOne for their “pro-Russian position”

President of Ukraine Volodymyr Zelensky approved the sanctions of the National Security and Defense Council (NSDC) against the media holding “Novini” (“News”), which was created by Taras Kozak, a deputy of the Verkhovna Rada and an associate of the head of the political council of the Opposition Platform for the Life of Viktor Medvedchuk.

This holding includes the opposition channels 112 Ukraine, ZiK and NewsOne, against which restrictions were imposed in February.

According to Zelensky’s decree, sanctions have also been imposed against Time Media LLC (Channel One Independent) and TV Space LLC (UKRLIVE channel).

We are talking about blocking assets, restricting trade operations, preventing the withdrawal of capital outside Ukraine, limiting or terminating the provision of telecommunications services and the use of public telecommunications networks, and other similar measures. The duration of the sanctions is five years.

In November, the National Council of Ukraine on Television and Radio Broadcasting conducted an audit against UKRLIVE due to statements made on the air about COVID-19, “which may threaten or entail serious risks to the life and health of the population of Ukraine,” as well as statements by Medvedchuk, “containing disinformation.” The department was interested in the deputy’s words about the mechanisms of “external management” in Ukraine and the system of state structure of the country.

Sanctions against Kozak, 112 Ukraine, NewsOne and ZIK TV channels were introduced in February. Zelensky explained the restrictions by the fact that the TV channels were engaged in propaganda funded by the aggressor country and undermined the European integration of Ukraine. The Ministry of Culture of the country claimed that they were “indirectly funded by Russia”.

Then the journalists “112 Ukraine”, NewsOne and ZIK created the channel “The first independent”, which began to be turned off immediately after going on the air. He continued broadcasting on the Internet.

Medvedchuk called the sanctions against Kozak’s channels illegal and said that in this way the government “cleans the information field from opponents”.

In May, Kozak was put on the wanted list in Ukraine. He and Medvedchuk were suspected of committing high treason and attempted looting of national resources on the territory of Crimea. In addition, according to the investigation, in 2020, the head of the political council of the OPZH gave Kozak, who was then in Russia, information about the location of a secret unit of the Armed Forces of Ukraine. Medvedchuk has been under house arrest since May, he considers his persecution political.