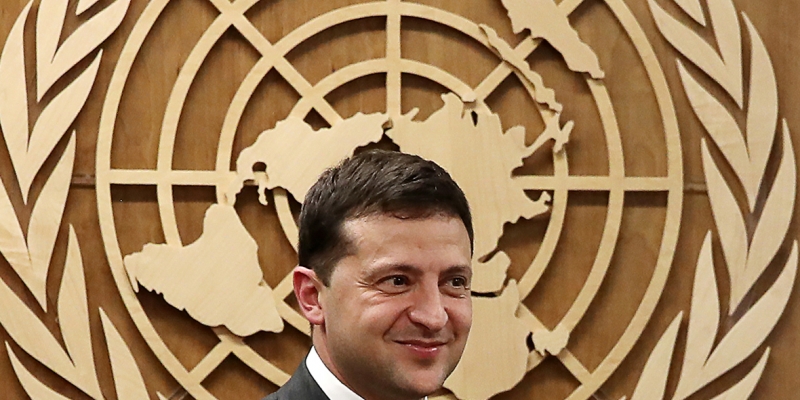 The heads of state will meet at the White House on August 30. Zelensky has already paid an official visit to the United States in the fall of 2019. Then he spoke at the UN General Assembly and talked with Trump, but he has not yet visited the White House

Ukrainian President Vladimir Zelensky will pay an official visit to the United States on August 30, where he will meet with his American counterpart Joe Biden. This was announced by White House press secretary Jen Psaki.

“This visit will confirm the unwavering support of the United States for the sovereignty and territorial integrity of Ukraine in the face of ongoing Russian aggression in the Donbas and Crimea, and our close cooperation on energy security,” she said.

According to Psaki, the talks will be devoted to Washington’s support for Zelensky’s efforts in the fight against corruption and in implementing the reform agenda based on common democratic values.

Biden invited Zelensky to come to the United States in early June. Then the presidents talked on the phone, and during the conversation the American president voiced this proposal. Later, the Minister of Foreign Affairs of Ukraine Dmitry Kuleba said that the meeting of Zelensky and Biden is scheduled for the end of July.

Before that, Kiev announced its intentions to hold a meeting of the heads of state immediately after Biden’s talks with Russian President Vladimir Putin, which took place in Geneva on June 16.

Zelensky has already visited the United States on an official visit. This happened in September 2019. The Ukrainian president spoke at the UN General Assembly. On the sidelines of the session, Zelensky managed to hold talks with the then US President Donald Trump.

In November of that year, Trump announced his readiness to receive Zelensky in the White House. “I would like him to come to the White House if he has a desire, and I think he will,” he said, noting that he considers Zelensky a good person. As a result, this visit did not take place.