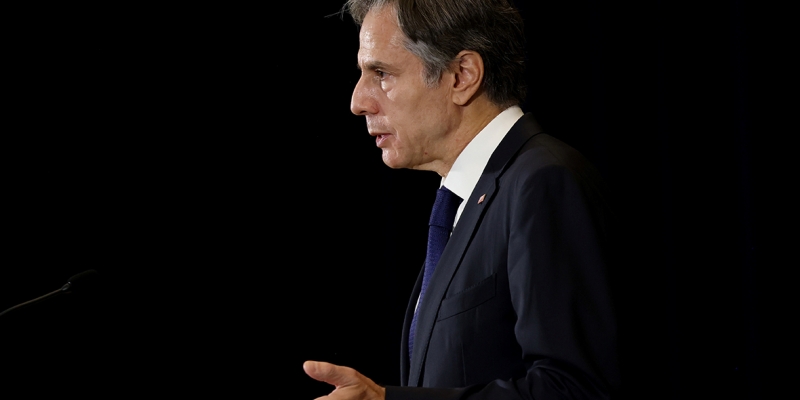 EAnthony Blinken explained why Trump is to blame for the withdrawal of American troops from Afghanistan US Secretary of State Anthony Blinken spent two days explaining at congressional hearings the reasons for the failure of the military mission in Afghanistan — according to him, the main reason was the decisions of the previous administration led by Donald Trump

What Congressmen wanted to know

US Secretary of State Anthony Blinken became the first representative of the Democratic administration of President Joe Biden to take part in congressional hearings on the withdrawal of American troops from Afghanistan. On August 13, he answered questions from the Foreign Affairs Committee of the House of Representatives for several hours, and the next day appeared before the Committee oninternational relations of the Senate. Congressmen and senators were unanimous in their negative assessments of the organization of the withdrawal of troops and evacuation from the Kabul airport and in general the outcome of the 20-year US campaign in Afghanistan. “The American people don’t like to lose, especially to terrorists. But that’s exactly what happened, ” Republican Congressman Michael McCaul told Blinken on September 13.

American politicians began to express dissatisfaction with the way the evacuation of US citizens and Afghans who collaborated with them was carried out from the first minutes of this operation. At that time, congressmen threatened members of the administration with a call to testify in Congress. Not only Republicans, but also Democrats were outraged.

The chairman of the Senate Foreign Affairs Committee, Democrat Robert Menendez, issued a statement in August in which he called the events in Afghanistan the culmination of a series of mistakes made by Republican and Democratic administrations over the past 20 years. He spoke about this on September 14 at the opening of the committee hearing with Blinken’s participation. He was also interested in when the Biden administration began to prepare for the worst development of events, what scenarios were being developed in case of a rapid deterioration of the security situation. Republican Senator James Risch also expressed dissatisfaction with the current situationHe compared the speeches of members of the Biden administration to the behavior of a firefighter who saves people from a fire that he himself started. From Blinken, Risch sought an answer, who is the only one to blame for the situation that has occurred, for which the entire lipstick of the world will not be enough to disguise for an hour. Democratic Senator Benjamin Cardin spoke more calmly than his Republican colleague, but he was also interested in why the Kabul airport was not properly guarded and why safe approaches were not organized to it. According to Cardin, the United States should have left Afghanistan immediately after the defeat of the Taliban regime in 2002–2003.

Republican Senator Marco Rubio expressed bewilderment at the fact that members of the administration did not understand from intelligence reports that the regime of President Ashraf Ghani would fall immediately after the withdrawal of American troops. His party colleague Mitt Romney drew attention to the fact that the Biden administration had moved the date of withdrawal of troops from the end of May to September, and was interested in why it was not necessary to postpone the withdrawal to a later time. Only Democratic Senator Jeanne Shaheen spoke from conciliatory positions on Tuesday, calling for stopping looking for the culprit, since everyone is to blame.

What the US Secretary of State said

Blinken insisted for two days of hearings that there was no better alternative to the withdrawal of troops. He recalled that the main goal of the mission was fulfilled-those responsible for organizing the terrorist attack in the United States on September 11, 2001 were defeated, and Osama bin Laden was killed ten years ago. “2641 Americans were killed, 20 thousand were injured, $2 trillion was spent, it’s time to put an end to America’s longest war,” he defended the main argument of President Biden. At the same time, he admitted that by January 2021, the Taliban (a terrorist organization banned in Russia) was in the strongest position since 2001, the United States inat the same time, the smallest number of military personnel was in place. So, according to the Secretary of State, there were two options-either to end the war, or to start active hostilities again. But even in the case of a new increase in the US military contingent, Blinken warned, a successful result was not guaranteed: “There is no evidence that the extension of the mission made the Afghan security forces more capable of resistance or more self-sufficient. 20 years and hundreds of billions of dollars of support, equipment and training were not enough, why was another year, another five, another ten years enough?..»

Blinken considers the 45th US President Donald Trump responsible for this balance of forces, whose administration agreed to release 5 thousand Taliban prisoners, including commanders, and reduced the American contingent to 2.5 thousand people. “The Taliban agreed not to attack US and partner forces and not to threaten major cities. But instead, they launched an offensive on remote areas, checkpoints, villages and districts, on the roads connecting them, ” he described the strategy of the militants, which led to the fact that by the beginning of August this year, the Taliban began to take control of the provincial capitals, and on August 15, Kabul came under their control.

However, it was Biden, not Trump, who Blinken called the main responsible for what was happening in Afghanistan this summer, because as an acting president, he makes the main strategic decisions, although hundreds of tactical decisions were made daily by state agencies and departments. The situation in the KabulBlinken called the airport, where people were grabbing the landing gear of planes and a terrorist attack occurred, difficult & mdash; the American special services developed various scenarios for the development of events, but the situation outside the airport became completely chaotic, and this created a very difficult situation inside the airport, Blinken stated.

In general, the situation with the evacuation of both American citizens and those Afghans who worked for the United States and its allies was not organized in the best way, Blinken admitted. According to him, from March to August, 19 messages were issued specifically dedicated to this topic, including Americans were offered to help with the purchase of a ticket, but, despite this, afterAfter the evacuation began, thousands of American citizens remained in the country, almost all were evacuated by August 31. The situation with Afghan citizens was even more complicated & mdash; although the Trump administration had already developed a procedure for granting special visas, their issuance was actually frozen, and the Biden administration had to start this process anew.

Commenting on the fall of the government of President Ghani, Blinken told senators that the head of Afghanistan on Saturday, August 14, promised that he would fight to the end, and already on August 15 he left the country. “Throughout the year, we have constantly evaluated the possibility of keeping [the government] in power and considered numerous scenarios. Even the most pessimistic assessments did not predict that the government in Kabul would fall even before the complete withdrawal of American forces. He recalled that the chairman of the Joint Chiefs of Staff, Mark Milley, spoke about this.

The senators intend to get other representatives of the Biden administration to come to the hearings as well. Defense Secretary Lloyd Austin has so far refused to do this, so Menendez on Tuesday threatened to send him a subpoena.

The situation with the withdrawal of troops from Afghanistan has already cost Biden several percent of the rating. The decline in the level of approval of his work was recorded in mid-August. Then the approval rating of the 46th US president fell from 53 to 46%, a joint Reuters and Ipsos poll published on August 18 showed. A Morning Consult poll conducted on September 10–12 showed that Biden’s approval rating is 47%, 49% do not approve of his work.