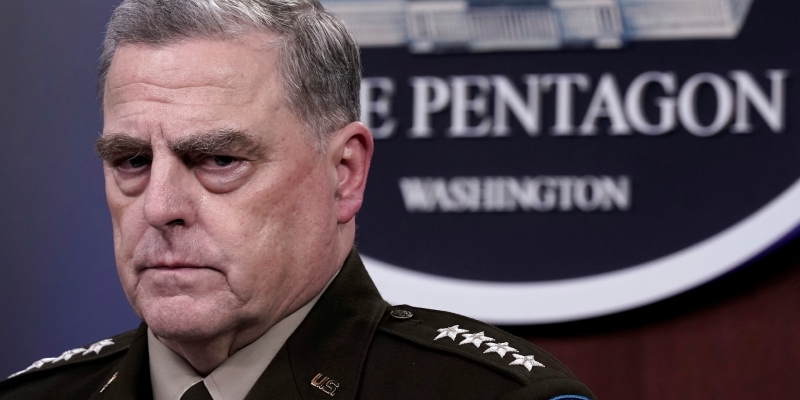 The head of the Joint Chiefs of Staff of the US Armed Forces, Mark Milley, previously said that the US should think about a possible expansion of military contacts with Moscow. The other day, Milli met with the chief of the Russian General Staff Valery Gerasimov

The US military interacts with its Russian counterparts to the minimum necessary to prevent conflicts. This was stated by Pentagon Press Secretary John Kirby during a briefing.

Thus, Kirby commented on the words of the chairman of the US Joint Chiefs of Staff, General Mark Milley. Earlier, he suggested thinking about expanding military contacts with Russia, including to reduce the likelihood of war between the countries.

“I am sure that General Milli is well aware of these restrictions.”..”Secretary [of Defense Lloyd Austin] is confident that the chairman will continue to communicate and deconflict with the Russian military within these borders,” Kirby noted.

He explained that the US Department of Defense suspended military cooperation with Russia “both for political reasons and according to the letter of the law as a result of Russian aggressive actions in Ukraine”. Kirby pointed out that only the minimum necessary contacts have been preserved between the countries. “Our communications with the Russian military are reduced to a little more than a dozen interactions that reduce the risk of incorrect assessment of mutual actions and prevent conflicts during military operations,” he said. As an example, Kirby pointed to cooperation on Syria.

Milli told reporters on September 25 that the United States should explore ways to expand military contacts with Russia. In particular, it is worth considering mutual permission to send observers to the exercises. The general noted that military contacts between the two countries are now mainly maintained only at the level of senior management.

“We may not do this, but we should at least consider it (the possibility of closer military contacts with Moscow)», & mdash; said Millie. In his opinion, the growth of trust between the countries will reduce the likelihood of a war between them.

Earlier, Milli met with the Chief of the General Staff of the Russian Armed Forces, Valery Gerasimov. The parties held talks on September 22 in Finland. The Russian Defense Ministry reported that Milli and Gerasimov discussed issues of “mutual interest”, the meeting was constructive. The ministry also clarified that it was about reducing the risks of incidents arising during military activities. Later, Milli said about the meeting that, ” when the military leaders of the great powers communicate, the world becomes a safer place.”

Subscribe to VK RBC Get news faster than anyone else