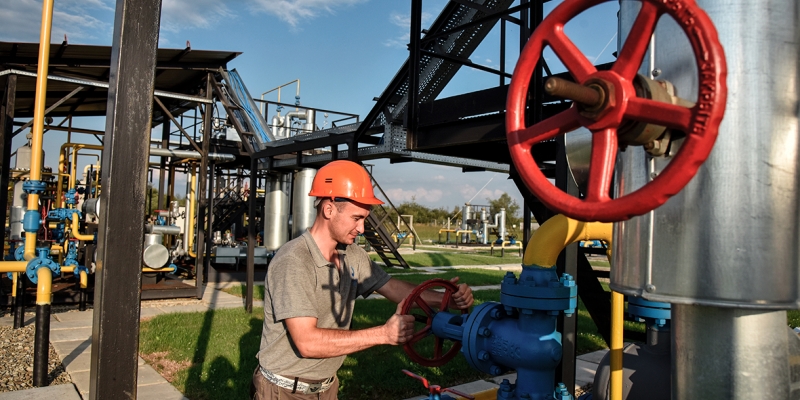 Dto do this, European companies should increase purchases of Russian gas, and Kiev should come out with a competitive commercial offer for transit

Russia will be ready to increase gas transit through Ukraine if European companies start buying fuel from it in larger volumes than now, and Kiev will make a competitive offer on the issue of transit, said press Secretary Dmitry Peskov, quoted by RIA Novosti.

Commenting on the recent statement by the President of Ukraine Vladimir Zelensky that it is important for Kiev to maintain transit through its territory, Peskov said that it would depend on the buying companies in Europe.

“In this case, of course, the addressee of Kiev are gas purchasers, gas buyers in Europe, European companies, it is these companies that can conclude new long-term agreements with the Russian monopolist with increased volumes, taking into account the growing demand for blue fuel. That is, in order to transport something through the territory of Ukraine, someone needs to buy it. And these are just our customers in Europe,” Peskov said.

He also recalled the words of President Vladimir Putin, who claimed that “all this will continue to work”, meaning transit, if partners increase purchases of Russian gas and if Ukraine “will give competitive commercial offers”.

On the eve of Zelensky said that Ukraine is interested in maintaining gas transit, as it does not want to lose “legitimate” $2 billion annually. He also stressed that the preservation of Ukraine’s energy independence is very important.

In August, the CEO of the “GTS of Ukraine” Sergey Makogon claimed that Ukraine would need the transit of Russian gas until 2034. According to him, the best guarantee for Kiev will be the renewal or continuation of the existing contract with Gazprom, without waiting for 2025, for the next 15 years. The previous contract for gas transit to Europe via Ukraine’s gas transportation system expired in 2019. Then Russia and Ukraine signed another agreement for a period of five years.

In early October, Putin stated that in 2021 Gazprom would exceed its obligations to supply gas through Ukraine. In nine months, the company has already increased gas pumping by 8% (from the obligations under the 2019 contract, which amount to 40 billion cubic meters. m per year). At the same time, the President noted that it is unprofitable for the gas company to increase supplies even more.