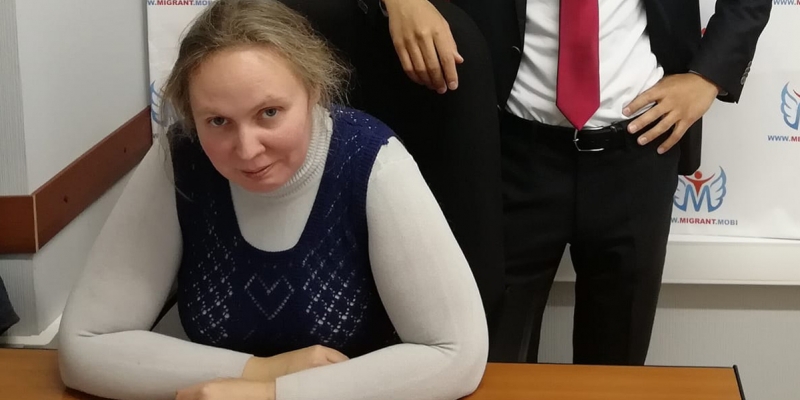 Chupik was detained at Sheremetyevo airport. According to the human rights activist, she was banned from entering Russia for 30 years. Later, she stopped contacting

Security forces detained Valentina Chupik, the head of the non-profit organization for helping migrants Tong Jahoni, at Sheremetyevo Airport. She reported this to the “Novaya Gazeta”.

“I’m sitting in a special reception at Sheremetyevo Airport, Terminal F. It is not known where they will put me, because the documents were seized, ” the human rights activist said.

According to Chupik, the FSB officers handed her a notification about the deprivation of refugee status on the territory of Russia. She was also banned from entering the country for 30 years. Now Chupik can be deported to Uzbekistan, of which she is a citizen. Later, she stopped contacting, the newspaper writes.

According to the Media Zone, Chupik was deprived of refugee status on the basis of paragraph 2, paragraph 2, Article 9 of the Law on Refugees (presenting deliberately false information or false documents for recognition as a refugee).

“They didn’t let him through at passport control, they took away the refugee’s identity card and travel document, and locked him in the special reception room. There is a bright light around the clock, there is water and a toilet, but they do not give charging for a mobile phone,and it has sat down very much. I was directly told that I “spoke too actively about systemic corruption in the Ministry of Internal Affairs and filed too many complaints about illegal detentions of migrants”. They want to deport them to Uzbekistan within a day, so that the ECHR does not have time to apply the 39th rule [of the ECHR rules], ” Chupik told RBC.

RBC sent a request to the DSP of the FSB of Russia.

Chupik moved to Russia in 2006 after the riots in Andijan.She said that she had received threats from members of the special services.

In early September, Chupik told Novaya Gazeta that an information campaign has been conducted in Russia in recent years to create a negative attitude towards migrants. “In 2010, people treated migrants as good-natured, but stupid workers, and the main hatred was directed at natives of the Caucasus.then they began to actively work with a mass stereotype, and in 2013 a terrible hatred was already developed for migrants. Here we are now in the new year 2010. I believe that the new prohibitive policy will be fully worked out by the election campaign of 2024-at least, the timing is very suitable, ” she suggested.

We are talking, among other things, about “tough measures”, for the introduction of which was made by the vice-speaker of the State Duma Pyotr Tolstoy. In recent months, cases of fights involving migrants have become more frequent in Moscow and the region. As a solution to the problem, Tolstoy proposed to expel them from the country within 24 hours in case of violation and ban them from entering Russia for 50 years.