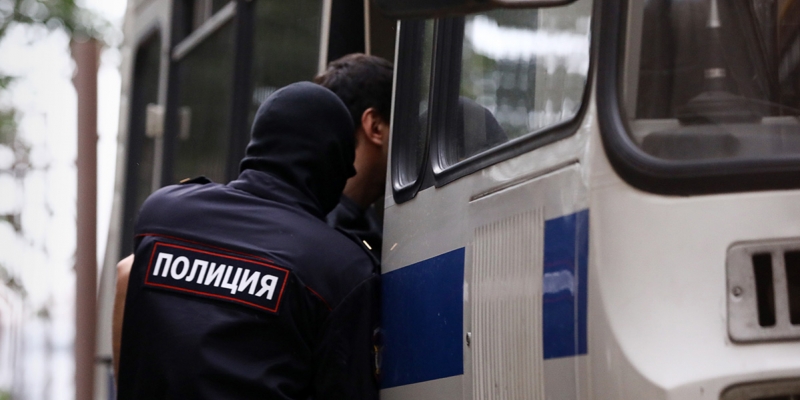 Valery Fadeev called migrants — participants of mass fights “hooligans” and suggested calculating them using a facial recognition system. The HRC will protect the rights of decent people, he added

Head of the Presidential Human Rights Council (HRC) Valery Fadeev said that the migrants involved in mass fights should be expelled from Russia. He suggested that the Ministry of Internal Affairs calculate the participants of the conflict using a “powerful facial recognition system”.

“Mass fights, what is this? What is this supposed to mean? We have enough hooligans of our own, we don’t need migrant hooligans. And here we must act harshly: hooligan & mdash; everything, go ahead to the border and to your homeland. This balance is necessary, we protect the rights of decent people, these rights should be the same as those of Russian citizens, but, sorry, we have violated them, we do not need such, “Fadeev said during a press conference” Migration in Russia: the view of the HRC”.

Fadeev noted that at the moment 2.5 million migrants work without registration and a contract, and a third of those registered enter into informal working relationships. This “knocks down” the labor market and “hits Russian citizens”, he added.

In addition, the head of the HRC proposed to move the Unified Migration Center in Moscow further from residential areas. “We believe that it will be impossible to avoid the accumulation of hundreds and thousands of migrants in a residential area. This, of course, worries the residents. We must look for a radical solution, ” said Fadeev. Earlier, the HRC received an appeal signed by more than 4 thousand residents of the village of Putilkovo in the Moscow region, where the migration center is located. In the letter, people asked to move the center and complained about car theft and illegal trade by migrants.

In July, there were three mass fights involving migrants in Moscow. On the night of July 13, a conflict involving about 200 people occurred near the Kuzminki metro station. The reason for the collision was an interethnic conflict. As a result of the fight, several people were injured, receiving injuries, including knife wounds. The Ministry of Internal Affairs reported the detention of 103 people. The authorities regard the fight as an emergency.

On July 14, a mass brawl involving at least ten migrants occurred in Odintsovo. On July 20, the Ministry of Internal Affairs reported a conflict with a shooting in Aprelevka near Moscow, a criminal case was opened on the fact of the incident.

At the end of June, the Ministry of Internal Affairs announced that it would oblige migrant workers to sign a “loyalty agreement”. The document was decided to be introduced for preventive purposes, so migrants will be informed about the rules of entry and exit from Russia, bans and restrictions, the ministry noted.

In addition, the agency has prepared a draft law amending the rules for the entry and stay of foreigners in Russia. He proposed to abandon the use of temporary residence permits and establish three migration regimes for staying in Russia.