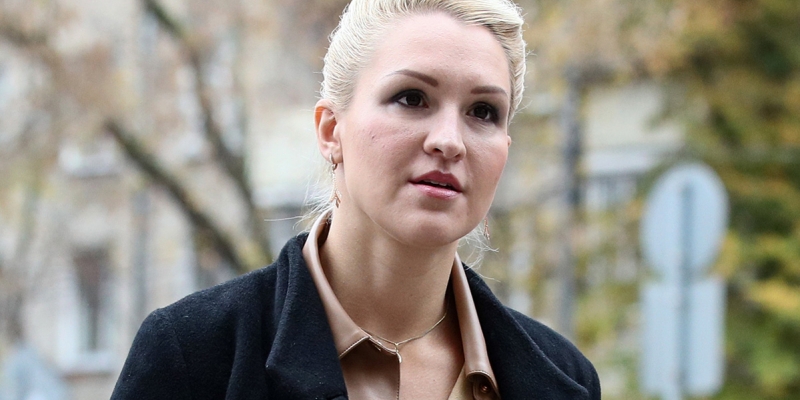 Aboutthe death sentence in the “sanitary case” is a year of restriction of freedom for the head of the “Alliance of Doctors” Anastasia Vasilyeva. Earlier, Lyubov Sobol, Navalny’s brother Oleg and the oppositionist’s press secretary Kira Yarmysh were sentenced in the case

The Preobrazhensky Court of Moscow sentenced the head of the trade union “Alliance of Doctors” (the organization is recognized as an NGO-foreign agent) Anastasia Vasilyeva to one year of restriction of freedom in the “sanitary case”, the press service of the court told RBC.

The sentence implies the following restrictions:

Prosecutors asked the court to impose a sentence of one year and eight months of restriction of freedom on Vasilyeva.

The head of the Alliance of Doctors was accused in the case of violation of epidemic rules, which was initiated after an uncoordinated rally on January 23 in support of Alexei Navalny. The defendants in the “sanitary case” are accused under Part 1 of Article 236 of the Criminal Code of violation of sanitary and epidemiological rules, which inadvertently caused mass illness of people.

Due to the application of the article on violation of sanitary and epidemic rules, the criminal prosecution of activists was called “sanitary case”. Among others, a former lawyer of the Anti-Corruption Foundation (recognized as a foreign agent, an extremist organization and banned in Russia) passed through it Lyubov Sobol (one and a half years of restriction of freedom), Oleg Stepanov (one year of restriction of freedom), Navalny’s brother Oleg (one year of probation) and others.

Since February, a preventive measure banning certain actions has been in effect against Vasilyeva. She was not allowed to receive mail, as well as to use means of communication, including the Internet, except for calling an ambulance or emergency services in case of an emergency.

On September 16, Vasilyeva urged not to associate her and her organization with the Navalny Anti-Corruption Foundation (FBK; recognized as an extremist organization and banned). “During the pandemic, FBK provided us with information assistance. But only the need for us disappeared— they forgot about us. Used and thrown out,” the post on the Facebook social network said.