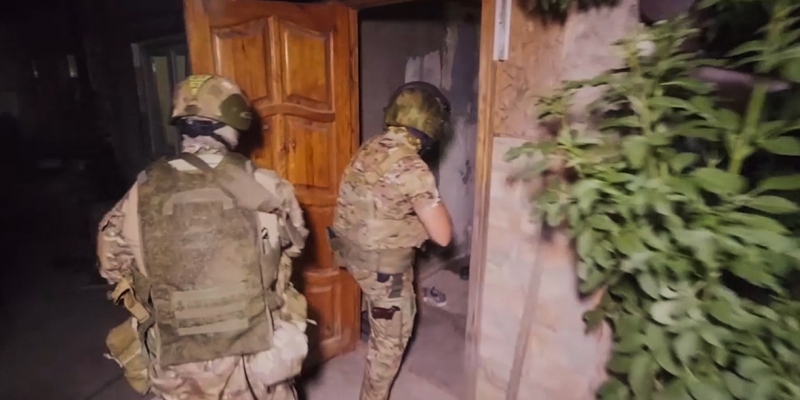 Over the past five years, the Federal Security Service has stopped 53 anti-Russian actions that were prepared in the Crimea by the Mejlis of the Crimean Tatar People(the organization is recognized as extremist and banned in Russia), the FSB public relations center reported.

“The main conductor of the Ukrainian revanchist policy and the moderator of protest and separatist manifestations in the Republic of Crimea is the Mejlis of the Crimean Tatar people,” the DSP said in connection with the data on the Mejlis’s relations with the special services of Ukraine.

The FSB reported that during the investigation of a criminal case about sabotage on a gas pipeline in the Crimea, which was discovered on August 23, three Russian citizens were detained:Deputy Chairman of the Mejlis Nariman Dzhelyalov, who was the mediator, and the direct perpetrators of the sabotage Asan and Aziz Akhtemov.

According to the FSB data obtained during the investigation, the sabotage was organized by the territorial division of the Main Intelligence Directorate of the Ministry of Defense of Ukraine, which is located in Kherson, the operational service of Tavria with the participation of the Mejlis. The perpetrators of the sabotage went to Kherson, where the employees of the GUR trained them in the explosive business. “For committing sabotage, the military intelligence of Ukraine promised them a monetary reward of about $2 thousand», & mdash; noted in the FSB.

Supporters of the Mejlis are also involved in the transportation of an explosive device to the Crimea, they have been identified, the FSB noted.

The service also noted that its efforts to combat extremist and ordinary crimes of supporters and members of the Mejlis are positioned by foreign media as “targeted actions of the Russian authorities aimed at infringing the rights of the Crimean Tatar people and their genocide”.

On September 6, the United States called on the Russian authorities to release all those detained in the case of sabotage, as well as more than 45 other detained Crimean Tatars. “We call on the Russian occupation authorities to release them immediately. This is the latest in a long series of politically motivated raids, detentions and punitive measures against the Mejlis and its leadership, who were repressed for opposing the attempted annexation of Crimea by Russia, ” the State Department said in a statement.

On June 1, 2021, the Supreme Court of Crimea sentenced the chairman of the Mejlis Refat Chubarov to six years in a general regime colony in absentia. He was found guilty under Part 1 of Article 212 of the Criminal Code (mass riots). The criminal case against Chubarov was opened in March 2020. According to investigators, in February 2014, he instructed his deputy Akhtem Chiygoz to organize riots during an extraordinary meeting of the Crimean parliament in order to disrupt it. Two people were killed in the resulting stampede, and about 80 more were injured. The prosecution demanded that the leader of the Mejlis be sentenced to nine years in a penal colony.

In April 2016, the Supreme Court of Crimea granted the claim of the Crimean prosecutor Natalia Poklonskaya with a request to recognize the Mejlis of Crimean Tatars as an extremist organization and ban its activities on the territory of Russia. Poklonskaya pointed out that the activities of the Mejlis are based on the fight against Russia, and its leaders ” use the Crimean Tatar people asa bargaining chip.” According to her, the leaders of the Mejlis are “puppets in the hands of big Western puppeteers”.The Crimean prosecutor’s office also pointed out that the Mejlis collaborated with the terrorist organizations “Gray Wolves” and “Hizb-ut-Tahrir”, banned in Russia.