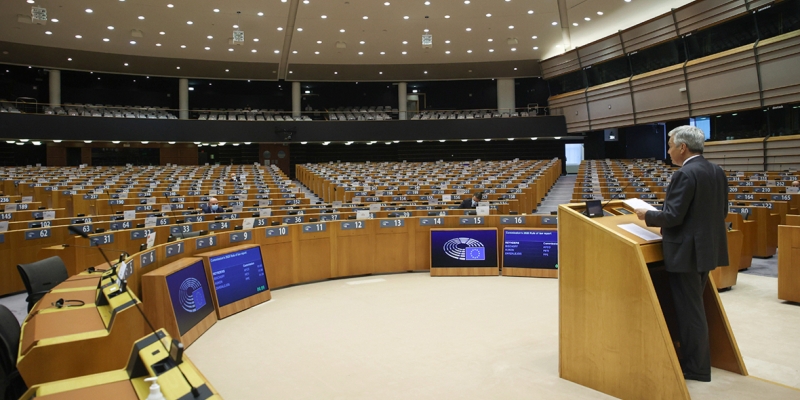 Pat least 13% of all Belarusian exports to the European Union were affected by the EU for the first time introduced sectoral sanctions against Belarus, banning the import of petroleum products and potash fertilizers. This is at least 13% of the country’s total exports to Europe, RBC estimated. In response, Lukashenka allowed the introduction of martial law

On Thursday, June 24, the EU Council of Ministers announced the introduction of sectoral sanctions against Belarus. They are being introduced in relation to this country for the first time and include:

The sanctions are a response to “worsening human rights violations, brutal repression against civil society, the democratic opposition and journalists, as well as the forced landing of a Ryanair plane in Minsk on May 23, followed by the detention of journalist Roman Protasevich and Sofia Sapieha,” the European Council said in a statement.

The new EU sanctions package was the fifth in a row. The fourth one was introduced a few days ago, on June 21, against 78 individuals, including Russian billionaire Mikhail Gutseriev, and eight companies, including automakers MAZ and BelAZ and the New Oil Company-the only private structure that has the right to export petroleum products from Belarus and import oil into the country. All sanctions are now imposed against 166 people and 15 companies of the republic.

On June 22, Russian Ambassador to Belarus Yevgeny Lukyanov told RBC that if sectoral sanctions are imposed, Moscow will provide assistance to Minsk, but did not specify what kind. According to him, Russia will support Minsk “up to the most critical circumstances”: “We are allies, allies do not betray each other”.

Restrictions on the export of products from Belarus to the EU cover at least 13% of the total Belarusian exports to the European Union, according to trade data analyzed by RBC. In total, Belarus exported more than $4.2 billion worth of goods to the EU in 2020.

According to the Comtrade international database, in 2020, the EU countries imported potash fertilizers from Belarus for$206 million, including Poland for $77.6 million, Belgium for $49 million.

It is not completely clear whether the supply of Belarusian complex fertilizers (NPK), one of the elements of which is potassium, will be included in the ban.The import of such fertilizers to the EU from Belarus amounted to another $116 million, follows from the Comtrade database. In this segment, Belarus could try to avoid sanctions by re-exporting through Russia, a source familiar with the preparation of sanctions told RBC. This is possible if & laquo;Russian potassium goes to Europe, and Belarusian & mdash; to Russia». « But even so, & laquo;Belaruskali» (the country’s main producer of potash fertilizers.& mdash; RBC) will suffer, its products will have to be given cheaper. Because it should be physical deliveries, and not the gluing of tags. Potassium from different deposits is different— it has a certificate of origin,— he explained.

The share of “Belaruskali” in the world potash market is about 20%. Last year, the export of potash fertilizers brought Belarus $2.4 billion, and in January-April 2021, Minsk received up to $834 million from the export of potash, according to the data of the National Statistical Committee of Belarus.

The import of petroleum products from Belarus to the EU countries in 2020 amounted to $289.5 million, including $85 million to Poland and $142 million to the Baltic states

According to the EU statistical agency, last year the European Union imported from Belarus all chemicals worth about $ 1.5 billion, including potassium, as well as crude oil and related products, such as fuels and lubricants, worth more than $ 1.2 billion, Reuters cited data.

The export of tobacco products from Belarus has been classified since 2016 (as well as the supply of weapons, radioactive elements, and precious metals). But, according to Eurostat, in 2020, the import of tobacco and beverages from Belarus amounted to only & euro;19 million.

The most painful sanctions are the ban on the supply of petroleum products, according to Maria Shagina, an expert on sanctions at the University of Zurich. “The main sales markets were the EU and Ukraine, and this sector was the most profitable for the Belarusian economy (in 2020, export revenues amounted to more than $1 billion). Bans on the supply of potassium will add problems, but this market was initially more diversified than the market of petroleum products. Belarus can redirect supplies to China and Brazil, ” she explains.

According to Shagina, the effectiveness of sanctions will depend on three factors: whether Ukraine will join them, what sanctions the United States will impose and how much Russia is ready to financially support Minsk. “In the long term, the financial burden will be significant, especially if the US imposes coordinated sanctions,” she notes.

Belarus has government Eurobonds in circulation in the amount of about $3.3 billion with maturities in 2023 & ndash;2031 (about 18% of the country’s total external public debt). Some Western investors have already sold off these bonds, citing reputational costs and incompatibility with the principles of ESG (environmental, social and corporate responsibility), Reuters reported in June 2021. However, according to Reuters, Belarusian sovereign notes are still in the portfolios of such European holders as UBS (Switzerland), NN IP (the Netherlands), Aberdeen Standard Investments (Great Britain).

The opposition “People’s Anti-Crisis Management” of Belarus also stated that the country’s Eurobonds placed in the summer of 2020 were bought by Raiffeisen Bank International (Austria), Deutsche Bank (Germany) and two dozen more funds from Europe and the United States.

Federico Caune, portfolio manager at UBS Asset Management, told Reuters that the preservation or termination of investments in Belarusian state securities will depend on the EU sanctions wording. If the European leaders prohibit only the purchase of new securities, you will not have to sell the already purchased ones. If the ban turns out to be more stringent and extends to trading these securities on the secondary market, European funds are likely to withdraw from them.

Until recently, the European development institutions also continued to allocate small loan funds to Minsk. As of March 31, 2020, Belarus ‘ debt to the European Bank for Reconstruction and Development (EBRD) and the Northern Investment Bank of the Scandinavian and Baltic Countries amounted to $110 million, according to last year’s prospectus of Belarusian Eurobonds. In addition, last year the European Investment Bank (EIB) approved the provision of a loan to Belarus for €15 million to support the healthcare system. After the new EU sanctions, such future loans are likely to become impossible.