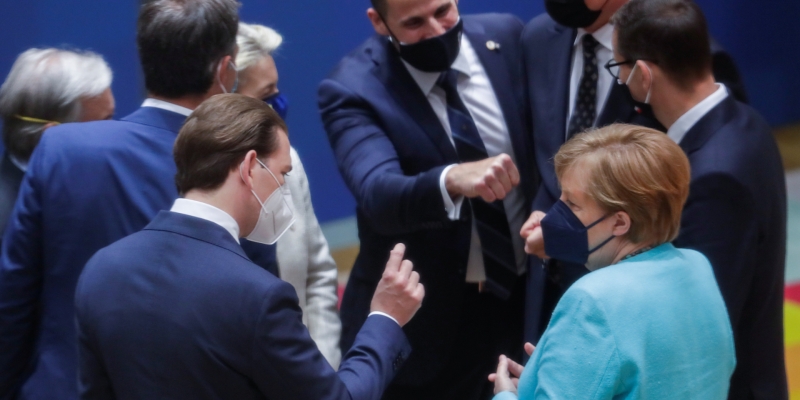 LEU leaders said they did not rule out “subversive” actions by Russia in the future, and called for a “coordinated response” that would include economic sanctions. At the same time, they are ready for a “selective dialogue”

Following the results of the first day of negotiations between the leaders of the EU member states in Brussels, the European Council instructed the European Commission and the head of European diplomacy, Josep Borrel, to study the possibility of introducing new sanctions against Russia, if necessary in the future. This is stated in a statement, the text of which was published on Twitter by the press secretary of the heads of the European Council, Barend Leits.

According to the document, the EU considers it necessary to prepare a firm and coordinated response to any further malicious, illegal and subversive actions of Russia, fully using all the tools at the disposal of the European Union.

“The European Council invites the European Commission and the High Representative for Foreign Policy to present options for further restrictive measures, including economic sanctions,” it says.

The summit participants called on Russia to “stop actions directed against EU members and third countries” and implement the Minsk agreements, the statement said. The European Council also condemned the “restriction of fundamental freedoms in Russia” and expressed its readiness to support civil society, human rights organizations and independent media.

The document notes that the European Council is open to “selective dialogue” with Russia on certain issues, including climate conservation, environmental protection and health care. In addition, the EU is ready to cooperate on topics related to relations with Iran, Syria and Libya.

The text of the statement does not say anything about whether the leaders of the EU countries were able to agree on holding a summit with the participation of Russian President Vladimir Putin. This proposal was made earlier by German Chancellor Angela Merkel. However, according to Bloomberg, about ten EU member states opposed it. Merkel herself said that it was not possible to agree on this issue, “there was a very thorough and difficult discussion”.

On June 24, Merkel called on the European Union to develop common mechanisms for negotiations with Russia and Putin. As the German Chancellor noted, due to its geographical location, the EU is responsible for what is happening in the Eastern Partnership countries:Ukraine, Belarus, the countries of the Western Balkans.