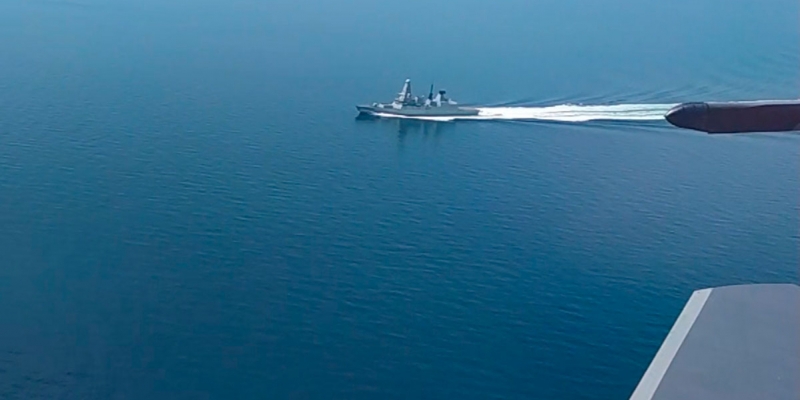 Inthe shots could have been made by a Coast guard ship, but the Defender destroyer was out of reach of Russian guns and was going faster, its captain said. Earlier, the British Ministry of Defense denied firing at the course of its ship

During the incident with the British destroyer Defender in the Black Sea, Russian ships fired shots, but the destroyer was out of reach of Russian guns, said the ship’s captain Vincent Owen, reports the Daily Mail.

“This is the first time I have come so close to a Russian ship in my 21-year career. I suspect that the shooting was conducted from one of the Coast Guard ships, ” Owen said.

According to him, Defender was inaccessible to Russian guns. “We felt confident, did not engage in confrontation and used our right to peaceful passage of ships through international waters along a recognized sea route. We were out of reach of their guns, as we were going at a speed of 30 knots against their 21, ” he explained.

The incident also involved Russian planes and a drone, the captain said.

The rapprochement of the British and Russian ships took place on June 23 in the Black Sea. The Russian Defense Ministry said that the destroyer violated the Russian border. The vessel did not respond to the warnings, and the Russian patrol ship opened a warning fire on its course. The Su-24M plane dropped bombs on the course of its movement.

The British Ministry of Defense previously denied firing at the course of its ship and assumed that the Russian military was conducting exercises in the Black Sea at that time.

“The ship of the British Navy made a peaceful passage through the territorial waters of Ukraine in accordance with international law,” the department added.

The BBC correspondent Sijonatan Beal, who was on board the destroyer, reported that the ship “deliberately” entered the zone of the territorial waters of the Crimea, as the captain considered this the safest way.