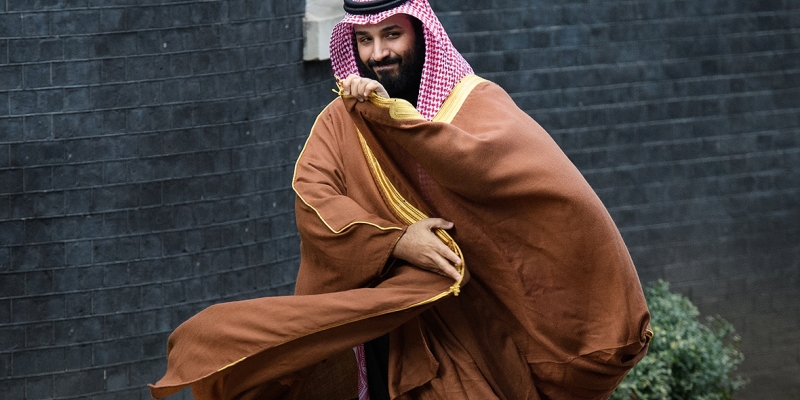 One of the former heads of Saudi Arabia’s intelligence, who fled to Canada, said that Crown Prince bin Salman claimed a “poison ring” from Russia, with which he could kill the king. “Either he was bragging, or…,” the scout claims

A former senior Saudi intelligence official, Saad Aljabri, said that Saudi Crown Prince Mohammed bin Salman discussed the murder of King Abdullah in 2014 with the help of a poisoned ring from Russia. The statement was made in an interview with CBS News, in which Aljabri, who fled to Canada, asked for help and protection for himself and his family from the American special services.

Aljabri was “number two in Saudi intelligence,” and “one of America’s best friends in the fight against terrorism,” the newspaper notes. “I’m here to raise the alarm about a psychopath, a killer in the Middle East with endless resources, who poses a threat to his people, to Americans and to the planet,” he said in an interview.

Aljabri said that he knows about two videos of a meeting between Prince bin Salman and the then head of intelligence Mohammed bin Naif, which took place in 2014. According to the intelligence officer, at this meeting, the prince told Naif that he could kill the current King Abdullah to free up the throne for his father. “I have a ring with poison from Russia. I just have to shake his hand and he will be finished,” Aljabri quotes Prince bin Salman as saying.

“If he’s just showing off, then… but he said it, and we took this information seriously,” Aljabri added.

King Abdullah died in January 2015 at the age of 91. The throne passed to his half-brother Salman bin Abdulaziz Al Saud, the father of Mohammed bin Salman. The 57-year-old nephew of King Mohammed bin Nayef, who also served as Deputy Prime Minister and Interior Minister, was declared heir to the throne. Naif was the boss and patron of Aljabri.

However, in June 2017, there was a “soft coup” the king appointed his son, 31-year-old Mohammed bin Salman Al Saud, as heir to the throne. In addition to receiving the title of heir, bin Salman took the post of deputy prime minister, retaining the post of defense minister and the curatorship of the economic bloc in the government.

Since 2015, the title of heir has been held by the king’s nephew, 57-year-old Mohammed bin Nayef, who also served as Deputy Prime Minister and Interior Minister. He was released from all posts.

The material is supplemented