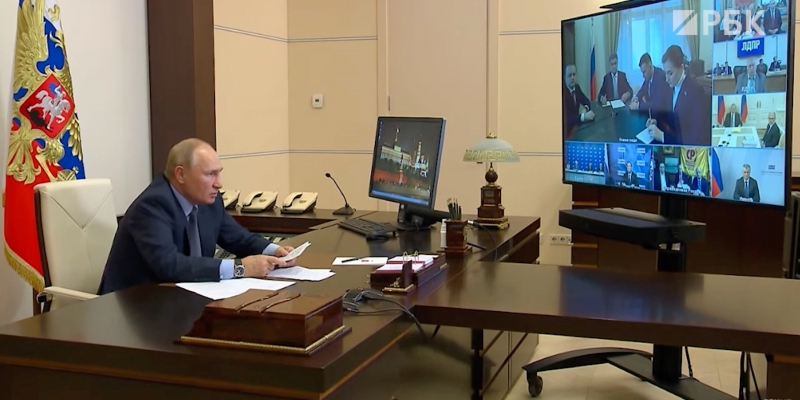 Nat a meeting with the leaders of the parties that were held in the State Duma, Putin expressed the opinion that more information about the real life of the country should be broadcast on television. “Not picking at the dirty laundry of some elites,” he said

Russian President Vladimir Putin, at a meeting with the leadership of the parties that passed the State Duma, said that it was necessary to show more information about the real life of the country on television. The broadcast of the meeting, which was held in the format of a video conference, was conducted by the TV channel “Russia 24”.

As the head of state noted, it is necessary to transmit more information on TV about people who create the future of the country and achieve results. At the same time, Putin stressed that in the information policy it is impossible to overdo it with instructions.

Last December, at a meeting with members of the Human Rights Council, Putin said that some out-of-the-ordinary content on television should be restricted. & laquo;These scenes of violence & lt;… & gt;. To be honest, I rarely watch TV, I just don’t have enough time, but sometimes, if I get caught, I’m taken aback, ” he noted.

The Head of State then said that the quality of programs largely depends on the level of culture of those people who broadcast them. The President expressed hope that this level will gradually rise in the country so as not to injure people’s consciousness.

According to him, it is necessary to act in this direction carefully, since strict restrictions can lead to a backlash. Putin also pointed out the fine line between freedom of speech and the protection of the fundamental values on which Russian society is based.