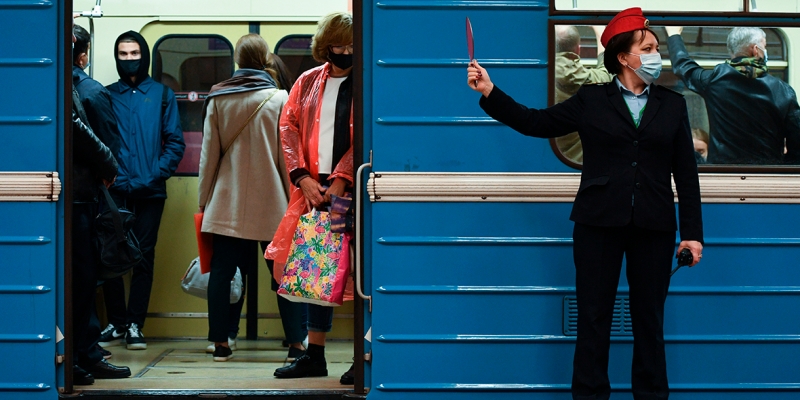 According to the President, in general, the government has performed very well in the acute phase of the pandemic. “Many things could certainly be done better,” Putin added

Russian President Vladimir Putin said that the government as a whole has performed very well in the acute phase of the COVID-19 coronavirus pandemic. He said this at a meeting with members of the Cabinet of Ministers and the leadership of the United Russia party.

“Many things could certainly be done better, more efficiently, more timely, but in general, the government showed itself very well in the acute phase of the pandemic,” the head of state believes.

According to Putin, the government, together with the State Duma, made all decisions related to the spread of the coronavirus, ” energetically, quickly and accurately, which is very important.” “Effective contact and interaction were established, nothing was delayed in this sense,” the president noted.

Putin expressed the hope that in a normal situation, which is not connected with any crises, in the future, work will be built in this way.

Prime Minister Mikhail Mishustin concluded the meeting by saying that in his message to the Federal Assembly and during the congress of “United Russia”, Putin “made very important initiatives”. The Cabinet of Ministers, according to the head of government, is working on their implementation in close contact with the EP.

In December last year, during the annual big press conference, Putin called the Russian government’s work in the pandemic effective, despite the fact that some of its members missed the situation with food prices. “But in general, especially in the context of the fight against the pandemic, the government worked efficiently and very hard. I can say without exaggeration— day and night», & mdash; he said.

A week later, at the final meeting with members of the government, the president said that the Cabinet of Ministers had made some mistakes during the fight against the consequences of the pandemic. “Of course, there were disadvantages. We have talked about them more than once. I am sure that all the necessary conclusions have already been made, ” the head of state said.

In addition, Putin stressed that the authorities should strive for a visible improvement in the lives of Russians and not write off the existing mistakes and failures to the difficulties of the pandemic period. “You and I need to act as collected and responsible as possible. Not to write off their failures and sometimes mistakes on the difficulties of the current period, but to achieve visible positive changes in the lives of Russian families, ” he said.