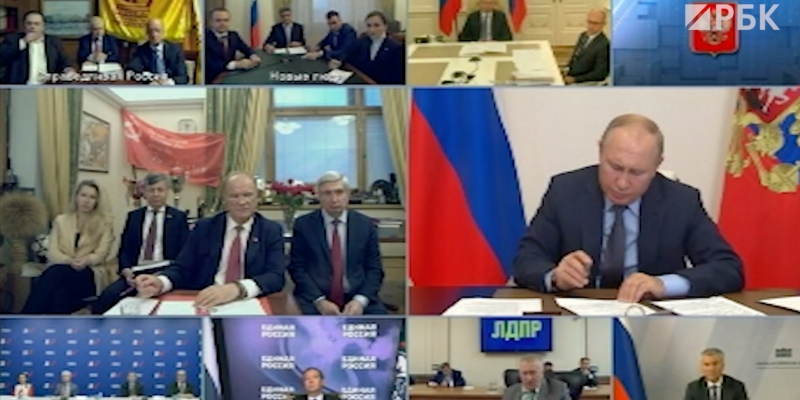 According to the president, the elections were held at a high level, and people who do not like the result have doubts

Doubts about the results of electronic voting in Moscow arose not because of the quality of its conduct, but because “someone did not like the result”. This was stated by Russian President Vladimir Putin, the broadcast was conducted by the TV channel “Russia 24”.

& laquo;In Moscow, this is (claims to online voting.& mdash; RBC) arose not because there are doubts about the quality of the vote, but because someone did not like the result, ” he said.

According to him, even in “United Russia” they doubted the reliability of electronic voting and suggested that the president abandon this system. “They came to me and said:” Don’t! This will not be used by the forces that support “United Russia” at all. But I listened to those who said that this is inevitable, it is convenient for people and everything will be done to make it as transparent and as honest as possible, ” Putin added.

He also noted that the development of the electronic voting system is dictated by technological progress. “The question is not in what form it is carried out. The issue is in the quality control of these events, ” he explained.

The topic of online voting at the meeting was raised by the leader of the Communist Party Gennady Zyuganov. He said that the “three-day and administrative delay” associated with remote voting can destroy trust and “demolish” the political system. The President explained their introduction by technical progress, which cannot be stopped.”If there is any doubt about the quality of control over the electronic voting method, let’s think together how to organize it,” he said. Zyuganov suggested that Putin instruct the administration of the head of state, together with the Communists, to work out proposals on this issue, “so that there is no doubt”.

After that, Zyuganov said that “this has arisen in Moscow, we are obliged to work out”. To this, Putin replied: “About Moscow, this arose not because there are doubts, I think, about the quality of the vote, but because someone did not like the result. But this is always the case. But if, nevertheless, there are questions, let’s work them out.”

Data on remote voting in the regions, without the capital, appeared by the evening of September 19. However, the data for Moscow were released only on September 20 at about 18: 00.The head of the public headquarters for election observation in the capital, Alexey Venediktov, explained the delay by a large number of those who voted.

The results of electronic voting in Moscow were not recognized by the Communist Party of the Russian Federation. The party believes that fraud was committed during the voting, and calls for investigating these reports. In addition, the Communist Party is preparing a “very detailed” lawsuit to the court, the city committee of the party reported.

On September 23, after the protests of the Communist Party supporters over the results of the vote in Moscow, the party leader Gennady Zyuganov called on the party members to “show maximum restraint”. “There are two towers in the country: the state-patriotic one, which has been conducting a dialogue with us, and the liberal-cosmopolitan one-this is the fifth column, which is ready to break, and lie, and lie, and sell anything,” he said.