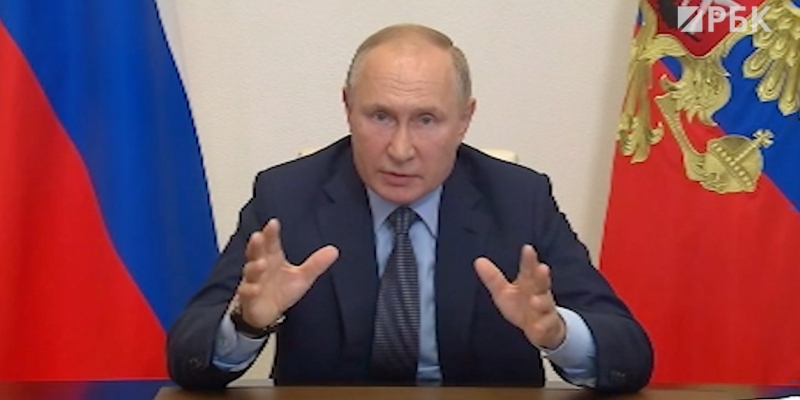 Volodin was nominated by United Russia in the last elections and won 72.1% of the votes in the Saratov single-mandate district. He has been the Speaker of the State Duma since October 2016

Russian President Vladimir Putin has proposed the candidacy of Vyacheslav Volodin as the speaker of the State Duma of the VIII convocation. The head of state said this at a meeting with the leaders of political parties that passed to the lower house of parliament. The broadcast was conducted by the TV channel “Russia 24”.

“I believe that Vyacheslav Viktorovich [Volodin] is quite worthy of heading the State Duma of the next, eighth convocation,” the head of state said.

At the same time, Putin noted that the decision-making remains with the leaders of the parties.

The chairman of the LDPR, Vladimir Zhirinovsky, said during the meeting that the party would support Volodin’s candidacy. “We support the candidacy of Vyacheslav Viktorovich,” he said.

The Chairman of United Russia, Deputy Chairman of the Security Council of Russia Dmitry Medvedev also supported the candidacy of Volodin. “He worked with dignity in the previous period and, it seems to me, will be able to organize this work with no less brilliance in the upcoming period,” he noted.

Volodin has held the post of speaker since October 2016, before that he was the first deputy head of the presidential administration. Volodin was nominated in the last elections from “United Russia” and, according to the Central Election Commission (CEC), won 72.1% of the votes in the Saratov single-mandate district No. 163.

According to the official data of the CEC, the ruling party won in 198 single-mandate constituencies out of 217, where it nominated candidates. This is slightly less than in the 2016 elections, when United Russia took 203 mandates. In 18 districts, they did not put up candidates, giving way to the opposition.

The Communists held nine single-mandate deputies in the new convocation, the SS-eight, the LDPR-two. Another deputy is from the Party of Growth (Oksana Dmitrieva, St. Petersburg), “Motherland” (party leader Alexey Zhuravlev in Tambov, United Russia did not put a candidate against him) and “Civil Platform” (party leader Rifat Shaikhutdinov, Bashkiria).

Voters voted both on federal party lists (the parties that passed the five-percent barrier will share 225 seats in the State Duma) and for candidates in single-mandate districts (the winners will receive the remaining 225 seats). According to the CEC, after counting 100% of the protocols, “United Russia” scored 49.82%, the Communist Party & mdash; 18.93%, the LDPR— 7.55%, & laquo;Fair Russia & mdash;Patriots & mdash; For the Truth— & mdash; 7.46%, & laquo;New People» & mdash; 5.32%. These parties overcome the five percent barrier and get into the new convocation of the State Duma.