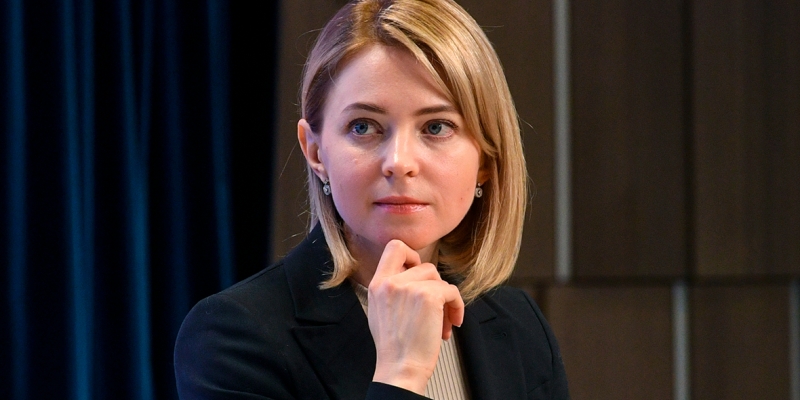 Earlier, Poklonskaya refused to talk about the place of her new job. The new ambassador stated that she wanted to work in the diplomatic line and was preparing for this

In a conversation with RBC, Poklonskaya said that she was glad to be appointed, but refused to answer the question of who owns the relevant initiative.

“My initiative is that I want to work through the diplomatic line. To do this, I studied at the diplomatic Academy, wrote a master’s thesis, and completed an internship at the Ministry of Foreign Affairs. I like this job. I promise to honorably fulfill my duty and represent my country in the beautiful state of Cape Verde,” she said.

At the end of August, RBC sources said that Poklonskaya would become ambassador to Cape Verde. According to an interlocutor close to the Kremlin, because of her not quite systematic behavior and extravagant statements, neither the presidential administration, nor United Russia, nor the leadership of the Crimea wanted to see her in the lower house of parliament.

Previously, Poklonskaya was a deputy of the State Duma of the VII convocation, before that she worked as a prosecutor of the Crimea. From October 2016 to September 2019, she held the position of deputy head of the Duma Committee on Security and Anti-Corruption, after that – Deputy head of the Duma Committee on International Affairs. She was a member of the State Duma commission on foreign interference in the internal affairs of Russia.

In May of this year, it became known that Poklonskaya would not run for election to the State Duma of the VIII convocation. Then she published a video in which she announced her refusal to participate in the primaries of “United Russia”, and finally announced that she could put on a tunic at a new job, without specifying which one.

Poklonskaya was the only State Duma deputy from “United Russia” who voted against the bill on raising the retirement age in 2018.

Poklonskaya worked in the prosecutor’s office of Crimea when it was part of Ukraine. There she supervised the supervision of the services leading the fight against organized crime. In 2011, he acted as a prosecutor in the case of one of the largest criminal groups on the peninsula, “Shoes”, engaged in robberies, extortion and murder. As Samapoklonskaya later told, an attempt was made on her in connection with this case. She also acted as a state prosecutor in other cases against local organized criminal groups.

In February 2014, Poklonskaya resigned from the Ukrainian prosecutor’s office due to disagreement with Kiev’s policy. In May of that year, Russian President Vladimir Putin signed a decree appointing her prosecutor of Crimea in Russian jurisdiction. Poklonskaya worked in this position until 2016, when she was elected a deputy of the State Duma.

Poklonskaya stated that in 2014 she also lost her Ukrainian citizenship.

In 2016, Ukraine opened a criminal case against Poklonskaya on treason, for which punishment is provided in the form of imprisonment for a period of 10 to 15 years. The deputy challenged the charges against herself in the ECHR.

In 2018, Kiev announced new accusations against Poklonskaya of war crimes and that while working in the prosecutor’s office of Crimea, she helped ban the activities of the Mejlis of the Crimean Tatar people (the organization is recognized as extremist and banned in Russia), and also prosecuted Ukrainian director Oleg Sentsov. She said in response that these accusations are illegal and serve as an attempt to intimidate her.

The island Republic of Cape Verde (or Cape Verde Republic) is located in West Africa, it is a former colony of Portugal. The country gained independence in the 1970s. The Cape Verde Islands are an archipelago of 18 islands. As of 2020, the population of the state was 560 thousand people.