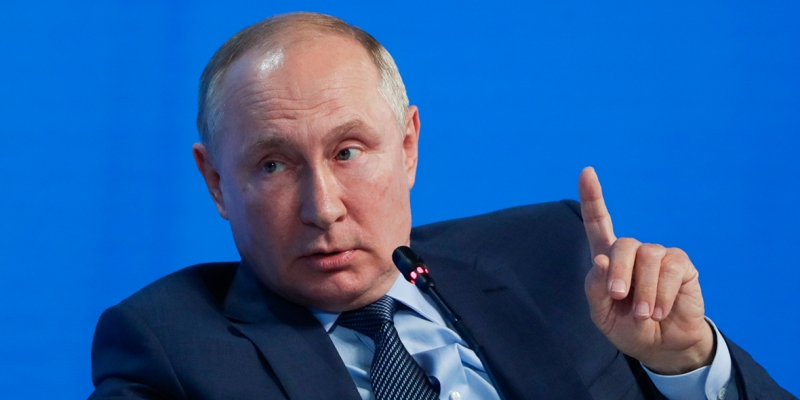 The Nobel Prize will not give the editor-in-chief of nOvaya Gazeta immunity, but if he does not give a reason for recognition as a foreign agent, he will not be included in the register, Putin says

Dmitry Muratov, the editor-in-chief of Novaya Gazeta, who received the Nobel Peace Prize last week, will not be declared a foreign agent in Russia if he does not violate Russian law and does not give a reason for this, Russian President Vladimir Putin said at the plenary session of the Russian Energy Week.

“If he uses the Nobel Prize as a shield to do something that violates Russian law, then he will do it deliberately to attract attention to himself or for some other reasons,” the president added.

Muratov shared the Nobel Peace Prize with Filipino journalist Maria Ressa. The prize was awarded to them for their efforts to protect freedom of expression, which is a prerequisite for democracy and the establishment of lasting peace.

Muratov, commenting on the award to him, said that it was the merit of “Novaya Gazeta” and those Russian journalists “who died defending people’s right to freedom of speech”. October 7 marked the 15th anniversary of the murder of the correspondent of the “New” Anna Politkovskaya, the customer of the murder has not been found. The editor-in-chief of the “New” promised to transfer part of the money from the award (it is about $1.14 million) to the charitable foundation “Circle of Good”.

The Kremlin has already commented on the awarding of the Nobel Prize to Muratov. Presidential press Secretary Dmitry Peskov, commenting on the award, congratulated the journalist and said that the editor-in-chief of “Novaya Gazeta” is committed to his ideals, he is talented, he is brave, and, of course, this is a high assessment. There were no reports that Vladimir Putin personally congratulated Muratov on receiving the Nobel Prize.

In accordance with the law on natural persons-foreign agents adopted in December 2020 and subsequent amendments, this status can be obtained by Russians engaged in political activities or collecting information that may pose a threat to Russia’s national security, and receiving financial or any other support from abroad, for example organizational. In accordance with the order of the FSB, the list of information for the collection of which it is possible to obtain the status of a foreign agent, subject to communication with foreignsources include, for example, “assessments of the military-political, strategic (operational) situation”, any data on the size of the army and military units, their weapons, equipment, morale of personnel, information on purchases carried out by the army, “information on problems, including financial and economic, constraining the development of the state corporation for space activities “ROSCOSMOS”.