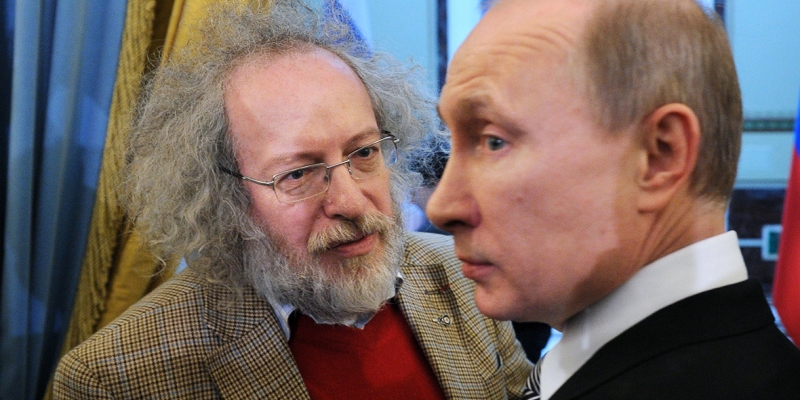 PUtin does not agree with the opinion that democracy has died in Russia. The political system should develop “without emissions of negative emotions.” According to him, the opposition criticizes the authorities “as harshly as they don’t do in other countries”

The opposition in Russia is alive and criticizes the authorities “as harshly as, perhaps, they do not do in other countries”. This was stated by President Vladimir Putin at the plenary session of the forum “Russian Energy Week”.

“I can hardly find countries in which the media are actually funded from state sources and take such an irreconcilable position towards the authorities as we do. “Gazprom is financing one of our radio stations,” he said.

According to the President, we are talking about a radio station that “takes extreme positions on any issue and [where] every second person has a foreign passport or residence permit.” Putin did not give its name.

In the summer of 2018, on the “Direct Line”, he said that “Gazprom” finances “eCho of Moscow” (“Gazprom-Media” is the controlling shareholder of the radio station) and does not interfere in editorial policy. The chief editor of the radio station Alexey Venediktov clarified that eCho took two loans from Gazprombank.

Since the beginning of 2021, the Russian Ministry of Justice has included dozens of mass media and individuals in the register of media-foreign agents, now there are 85 positions in it. According to the law, Russian media receiving foreign funding must label their materials, and foreign media are also required to create a legal entity in Russia. A fine is provided for the absence of marking. One of the last to get into the registryBellingcat investigative organization. The Kremlin believes that the law on foreign media is aimed at protecting against interference in Russia’s internal affairs, and not at persecuting journalists. Media representatives, on the contrary, note that they perceive the recognition of colleagues by foreign agents as a “campaign to destroy non-state media and pressure on individual journalists.”

“Worries about the fact that democracy has died in Russia are greatly exaggerated. As Mark Twain once said in response to rumors about his death,” Putin continued. According to The New York Journal, which quoted the American writer in July 1897, Twain’s exact phrase sounds like this: “Reports of my death are exaggerated” (The report of my death was an exaggeration).

Putin urged other countries not to worry about Russia: “Think better about yourself and what’s going on there.” He added that “democracy is understood in different ways”: “Freedom of speech, freedom of religion, freedom of organizing and holding mass events on the streets, and so on. That’s when various mass events are dispersed in Europe and the USA with the help of rubber bullets and tear gas – is this freedom or not?».

The president also answered the question whether, in his opinion, there is a “fifth column” in Russia, headed by Alexei Navalny. “If you look at the street protests, you will understand that not everyone is in prison. People work— those who do not violate the relevant laws. As for the defendants you mentioned, they are generally in prison not for political activities, but for criminal offenses, including against foreign entrepreneurs working in Russia,” he said.

According to Putin, Russia’s political system should develop steadily and calmly, “without emissions of negative emotions”, in order to prevent new revolutions. “We have exhausted our limit on the revolution,” he believes. The President has already expressed this point of view in August, at a meeting with Chancellor Angela Merkel. According to him, the limit on revolutions ended back in the XX century: “We want the evolutionary development of our society and state. I hope that it will be so.”

In March 2020, Putin said that the non-systemic opposition makes a great positive contribution to the life of the country, “really affects concrete life, especially at the level of municipalities and large cities.” At the same time, the president noted that those who “bring the situation to the revolution, as a rule, do not stay in power.”

On the eve of the portal “Current comments” published an article by the former first deputy head of the presidential administration Vladislav Surkov, in which he speculated about the development of political processes in the world in a hundred years. According to Surkov, in the future all political decisions can be delegated to artificial intelligence, and the “human state” will be replaced by a “deserted democracy”.