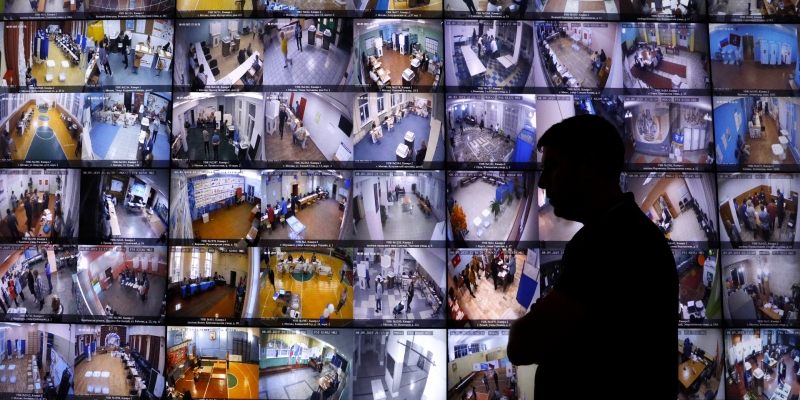 The CEC previously refused to broadcast a mass video broadcast in the State Duma elections. Yabloko saw this decision as “creating the ground for violations of citizens ‘electoral rights”

The head of the CEC, Ella Pamfilova, at a meeting of the commission on Wednesday, commented on the claim of the Yabloko party regarding the procedure for using video surveillance in the elections in September 2021.

“Yesterday, the Yabloko party filed a lawsuit against the CEC of the Russian Federation in the Supreme Court of Russia regarding the adopted procedure for video surveillance at the elections.”… In my opinion, this is not only absurd, but very irresponsible and even a mean lawsuit, ” Pamfilova said, whose words are quoted by the official Telegram channel of the CEC.

The head of the CEC explained that only for Moscow, the broadcast on the Internet for three days cost almost 1 billion rubles. ” Imagine only a billion to satisfy the simple curiosity of sofa observers. A three-day broadcast across the country, of course, cost much more, ” she said. According to Pamfilova, the CEC has proposed an ” optimally balanced alternative that allows for easy access for all participants of the electoral process to the video broadcast.”

The Yabloko party filed a lawsuit against the CEC in the Supreme Court on July 20. The reason was the decision of the Central Election Commission on the procedure for video surveillance at the polling stations during the elections of State Duma deputies. According to it, video recordings from the polling stations will be available on the service portal, which is accessible to election commissions, parties and candidates. The broadcasts can also be seen in the monitoring centers at the public chambers of the regions. The CEC decided to refuse public broadcasts from polling stations.

“We had a fork. Or we show the broadcast en masse, but within 12 hours within the framework of the money that was allocated for video surveillance. Or we show all three days, starting from the 17th of seven in the morning and until the signing of the protocols on the results of voting on the 20th, but we show only for those people who directly participate in the elections, ” explained the deputy chairman of the CEC Nikolay Bulaev

The party “Yabloko” considered that the decision of the Central Election Commission to refuse public broadcasts “creates the ground for violations of citizens’ electoral rights in terms of control over the electoral process”.

“It is the responsibility of the CEC to ensure fair and transparent elections, including the voting itself and the counting of votes. If there are no resources,it is not necessary to hold a vote in three days, tripling the expenses for the work of members of election commissions, ” Nikolai Rybakov, chairman of the Yabloko party, told RBC.

The politician called the video broadcasting procedure proposed by the Central Election Commission “absurd and “mockery”. “To install cameras on the sites and show this video in the lobby of the CEC is absurd. This broadcast should be available to citizens, this is their participation in the work of the state. And now the parties will be provided with two links, according to which they need to watch 100 thousand broadcasts from polling stations. This is a deliberate mockery, ” said Rybakov.