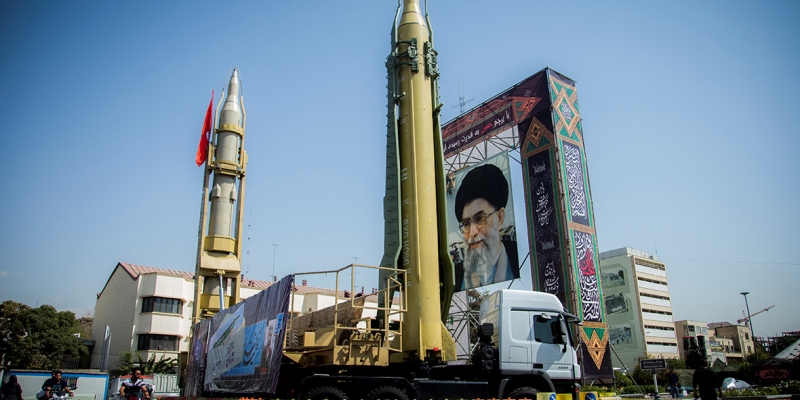 With Today, Iran produces highly enriched uranium, which is close in quality to weapons-grade uranium. Experts believe that the country will be able to accumulate enough uranium to create one nuclear charge within a month

Iran can accumulate a sufficient amount of highly enriched uranium within a month to create one nuclear warhead, The New York Times reports, citing the opinions of experts who analyzed the latest reports of the International Atomic Energy Agency (IAEA).

Moreover, Iran will need about three months to produce a second warhead, and the country will be able to have three uranium warheads in less than five months, according to the authors of the report of the Institute of Science and International Security, data for which were obtained from the IAEA.

The publication believes that Tehran can use this to put pressure on the United States to achieve a new profitable nuclear deal, which is being negotiated in Vienna.

In April 2021, the representative of Iran at the negotiations on the possible restoration of the deal on the Iranian nuclear program, Abbas Araqchi, said that his country intends to enrich uranium to the level of 60%. Up to this time, the degree of enrichment was 20%. Tehran has also sent a corresponding notification about its plans to the IAEA.

Tehran made such a statement after the incident at the enrichment complex in the city of Natanz. On April 11, an incident in the electricity distribution system was recorded at the complex. The head of the Atomic Energy Organization of Iran, Ali Akbar Salehi, said that the failure was the result of “nuclear terrorism”. The Israeli newspaper Jerusalem Post reported that it was about a cyber attack, which may be behind the Israeli intelligence “Mossad”.Russia’s representative to international organizations in Vienna, Mikhail Ulyanov, linked the decision to increase the level of enrichment with the attack on the Natanz facility. “Those who undertook an act of sabotage against the nuclear facility in Natanz probably wanted to undermine the process of restoring the JCPOA [Joint Comprehensive Plan of Action],” Ulyanov wrote on Twitter. But they “underestimated the [degree of] likely significant side effects”.

In August 2021, the head of the IAEA, Rafael Grossi, announced that Iran had accelerated the process of uranium enrichment to 60%. According to the agency, Tehran has increased the capacity of its uranium enrichment plant in Natanz and started using two cascades of centrifuges instead of one.

In 2015, Iran and the Five plus One group of states (the United States, Russia, China, the United Kingdom, France and Germany) agreed on a Joint Comprehensive Plan of Action. It provided for the export of all highly enriched uranium from the country in exchange for the opportunity to develop peaceful nuclear energy and the lifting of sanctions. In 2018, US President Donald Trump withdrew from this agreement and re-imposed sanctions against Iran.

The nuclear deal stipulated that Iran would enrich uranium only to the level of 4%. In January 2021, a few days before the change of the US president, the Iranian authorities announced that they had launched the process of enriching uranium to the level of 20%. In December 2020, the Iranian parliament supported a bill on the possibility of increasing the level of uranium enrichment in the country.

The new US President Joe Biden set a course to restore the agreement with Iran, negotiations on this began in Vienna.

The IAEA noted that Iran intends to install a second cascade of improved centrifuges at the Natanz plant.

The nuclear deal did not impose restrictions on the development of Iran’s missile program, which was one of the points for which Trump criticized it. Therefore, Iran’s missile development did not stop either after its signing or after the actual rupture.