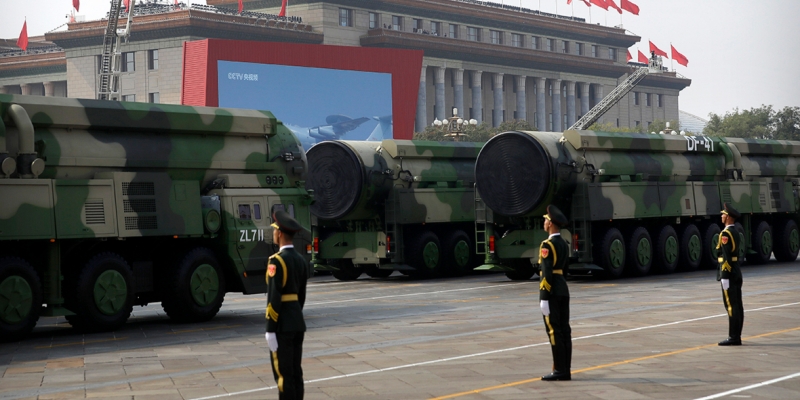 Paccording to the outgoing head of the NATO Military Committee, Stuart Peach, the rapid modernization of the Chinese Armed Forces is becoming a threat to NATO. But he is not afraid of the union of Russia and China: they have serious contradictions

Chairman of the NATO Military Committee (the highest military body of the alliance) Stuart Peach spoke about the “shocking” speed of China’s military modernization and noted that NATO should closely monitor this process. He expressed this opinion in an interview with the Financial Times on the last day of his work in this post.

“It is simply shocking how quickly China has built ships, modernized its air force, how much it has invested in cybernetics and other forms of information management, not least in facial recognition,” Peach stated.

Peach expressed the wish that all NATO members analyze the situation and decide what China’s military ambitions can mean for the alliance.

The head of the NATO Military Committee pointed out that in recent years, joint exercises of the Russian and Chinese military have turned from “relatively insignificant” into “large-scale exercises and training opportunities”. However, he refuted suggestions that the two countries are moving towards a strategic partnership. According to Peach, Russia and China may enter into a confrontation related tocompetition in the Arctic. Russia has already declared itself an “Arctic power”, at the same time Russia is expanding its military infrastructure in the northern regions. Increased competition may be associated with global warming and melting of ice-this gives greater opportunities for the operation of the Northern Sea Route and facilitates access to the rich mineral resources of the region.

“There will be no harmony between China and Russia in the Arctic in the long term,” Peach stated.

Peach headed the NATO Military Committee for three years, since 2018.

The Northern Sea Route is the shortest waterway between the European part of Russia and the Far East. In Russian legislation, it is fixed as the “historically formed national unified transport communication of Russia in the Arctic”. The route passes through the seas of the Arctic Ocean (Barents, Kara, Laptev Sea, East Siberian, Chukchi) and the Partial Pacific Ocean (Bering Sea).