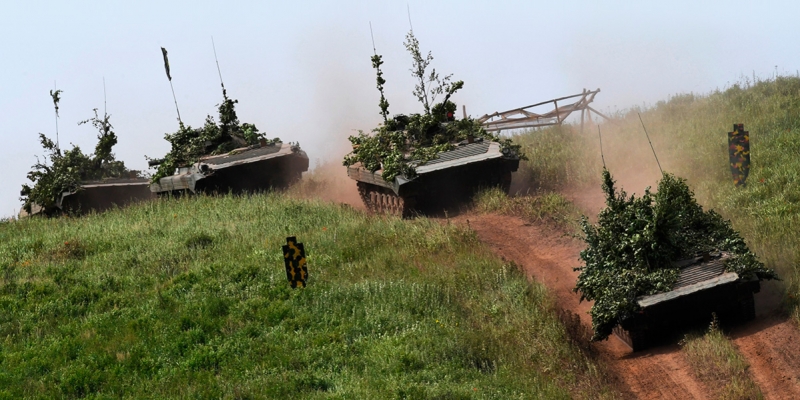 Nagainst the background of the aggravation in Afghanistan, the Russian command decided to strengthen the combat capabilities of the 201st military base located in Tajikistan. In addition, from August 5, military exercises of the three countries will begin near the Afghan border

The Russian military stationed at a base in Tajikistan will receive 17 upgraded BMP-2M infantry fighting vehicles, Alexander Lapin, commander of the Central Military District, told reporters on Wednesday, TASS reports.

“By the end of July this year, the motorized rifle units of the 201st military base will receive 17 modern infantry fighting vehicles, which will significantly increase their combat capabilities when performing tasks in any situation,” he said.

The press service of the district clarified that the combat vehicles are intended to replace outdated ones in motorized rifle units.

The length of the Tajik-Afghan border is about 1340 km, in recent weeks 900 km of them have come under the control of the Taliban militants (recognized as terrorist and banned in Russia), under whose control all new areas of Afghanistan are passing after the withdrawal of the American contingent from there.

On the eve of the Russian Defense Ministry reported that Russian tankers made a 200-kilometer march and arrived at the Tajik training ground Harb-Maydon near the border with Afghanistan. There they will participate in joint exercises of Russia, Uzbekistan and Tajikistan, which will be held from August 5 to 10. About 50 units of Russian military equipment have been transferred to the landfill.

“In early August, we will take part in a joint exercise with the participation of military contingents of the armed forces of the Republics of Tajikistan and Uzbekistan at the Kharb-Maydon training ground. During the exercise, we will work out the preparation for conducting combat operations by a joint group of troops to defeat detachments of illegal armed formations, ” said the commander of the troops of the Central Military District, Alexander Lapin.

On July 8, talks were held in Moscow with representatives of the Qatari office of the Taliban. Later,one of the participants in the negotiations, the special representative of the President of Russia for Afghanistan, Zamir Kabulov, said that the Taliban movement has changed a lot in recent years.

“For more than 20 years, the main part of the leadership has had enough of war and understands that it is necessary to look for political ways out of the current impasse. And internally, I feel and see it not only by their words that they are ready for a political compromise. But a political compromise must be adequately presented, ” the diplomat said at a meeting of the Valdai Club.