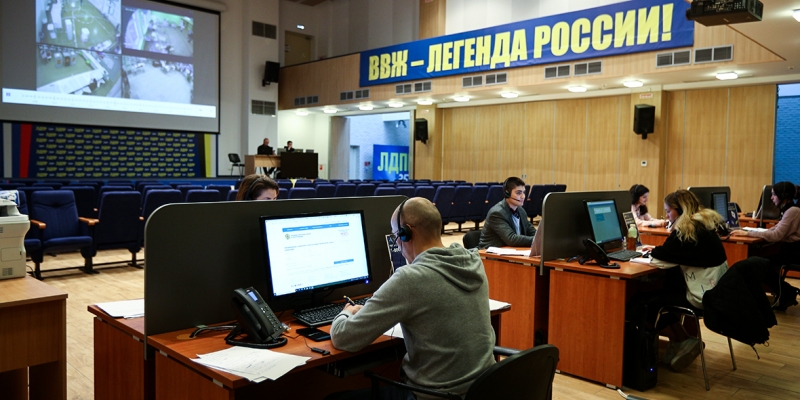 PThe political parties have reported to the CEC on election expenses. The LDPR spent the most money on the Duma campaign — almost 81 million rubles more than United Russia, which took second place in expenses

How much did the parliamentary parties spend

The LDPR ranks first in election spending for the second time— in the 2016 Duma elections, it also outpaced other parties in terms of investments. In comparison with the last elections, the LDPR changed the structure of its spending — then the main item of expenditure was the release of its own printed agitation; holding public mass events cost 6 million rubles (this year only 866 thousand rubles went to them).

“This time, it was decided to participate massively in the television campaign, to convey their program positions in the form of commercials. We used them for campaigning on television, on all channels that participated in the draw,” Boris Chernyshov, Deputy chairman of the State Duma from the LDPR, told RBC. He noted that the campaign costs were “absolutely justified”.

In second place in terms of spending, United Russia spent 617.3 million rubles out of 700 million rubles collected in the election fund for the autumn Duma elections. The party will return almost 83 million rubles to the sponsors; according to the report, the party in power did not have voluntary donations from citizens. “United Russia” made a bet on the distribution of printed campaign materials (404 million rubles were spent from the fund for this).,half as much was spent on campaigning through television. The ruling party spent significantly more than others on mass events – their organization cost 1.5 million rubles. Earlier, Deputy Secretary of the General Council of the EP Sergey Perminov explained that the party revised its strategy compared to the 2016 elections and used a hybrid format with “online and offline forms of promotion of meanings”.

The final financial reports of the party were to be submitted to the CEC by 18:00 on October 25. At the time of publication of the material on the website of the Central Election Commission, there were no reports of two parties that had passed to the Duma “Fair Russia” For the Truth” and “New People”. The CEC explained to RBC that the data is updated promptly, as the reports are submitted by parties.

The Communists turned out to be the most modest of the parliamentary five. The Communist Party spent 178.5 million rubles on the campaign. At the same time, almost all the funds (173 million rubles) went to the issue of printed agitation. “Most of the federal fund’s funds were spent on printed products, because television advertising is expensive, and we felt that wethere will be enough free airtime,” first deputy Chairman of the Central Committee of the Communist Party of the Russian Federation Yuri Afonin explained to RBC, adding that the strategy paid off. Part of the organizational work, in particular meetings with voters, was paid for from the regional funds of single-mandate candidates. The federal fund paid for propaganda work, the Communist Party noted.

The expenses indicated in the financial reports of the parties cannot be considered complete – not all expenses are carried out through election funds, explains political scientist Alexander Zhalov. In addition, in parallel with the autumn elections to the State Duma, elections to the legislative assemblies of the regions were held, which also required resources, and the reports did not indicate the funds of single-mandate candidates, the political scientist noted.

According to the ratio of costs and results, the Communist Party campaign can be considered the most effective, Zhalov added. However, according to him, the results of the party cannot be attributed only to its expenses for campaigning – the reason is that the Communist Party managed to accumulate a protest electorate. According to Zhalov, expenses from the electoral fund do not play a major role. “The LDPR entered the campaign with almost the same sociological indicators as the Communist Party, and as a result became the fourth faction in the Duma in terms of the number of deputies,” he noted.

The most expensive item of expenditure of “Apple” was “payment for services performed by legal entities or citizens of Russia under an agreement”,”83 million rubles. They include expenses for the distribution of printed materials of the party, and all expenses for campaigning on the Internet, explained RBC in the press service of “Apple”. Two-thirds of the funds spent on advertising were directed to digital advertising, the party said.