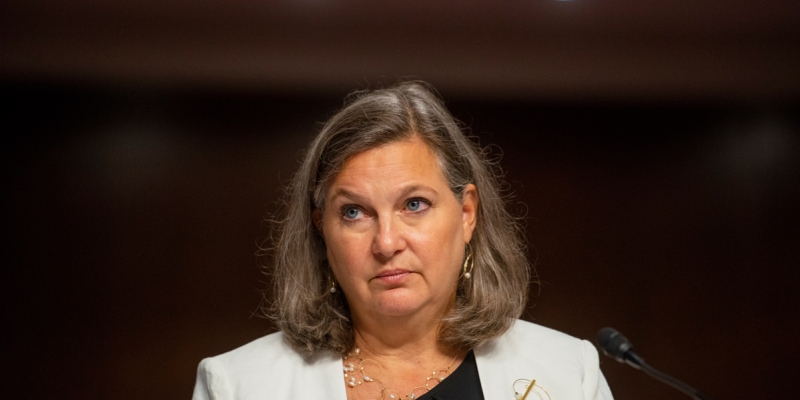 Nuland may visit Moscow as early as October, Kommersant has learned. In 2019, an American official was denied a Russian visa: she was blacklisted due to US sanctions

The Russian side, in exchange for lifting restrictions on US Deputy Secretary of State Victoria Nuland, expects Washington to issue visas to its diplomats who were previously denied them, Kommersant reported, citing sources.

Russia, in particular, demands that the United States issue a visa to Konstantin Vorontsov, a specialist of the Department of Nonproliferation and Arms Control of the Ministry of Foreign Affairs. He is responsible for issues of multilateral disarmament and must go to New York to the UN headquarters to participate in the work of the First Committee of the General Assembly, but since the fall of 2019 he cannot get a visa.

In September of that year, the United States refused to issue visas to 13 Russian diplomats and parliamentarians who were supposed to accompany Foreign Minister Sergei Lavrov on a trip to New York for the high-level week of the General Assembly session, as well as eight members of the Russian delegation planning to participate in the work of the First Committee. In addition to Vorontsov, several other Russian diplomats, as well as representatives of the Ministry of Defense and Roscosmos, did not receive visas.

The official representative of the Russian Foreign Ministry, Maria Zakharova, called the incident an “outrageous example of” disrespect and “non-fulfillment of obligations as a host party” by the United States. The agency sent a protest note to Washington.

Nuland will come to Russia for talks in the fall. Initially, it was assumed that the visit would take place in November, but now October appears in the negotiations, the newspaper writes.

According to his sources, Deputy head of the Presidential Administration of Russia Dmitry Kozak will receive Nuland in Moscow. The main topic of the negotiations will be Ukrainian, the interlocutors of the publication say.

RBC sent a request to the Information and Press Department of the Russian Foreign Ministry.

Nuland has been working intermittently at the US State Department since 2010. From September 2013 to January 2017, she was the Assistant Secretary of State for European and Eurasian Affairs. Then Nuland was remembered, in particular, by the fact that in the winter of 2014 she came to the Maidan in Kiev and offered the protesters cookies and bread.

In May 2019, Nuland at a hearing in the US Congress called for tougher sanctions against Russia. Soon after, it became known that she was denied a Russian visa: Nuland was included in the blacklist compiled in response to US sanctions.

In the spring of this year, she took up the post of US Undersecretary of State for Political Affairs.