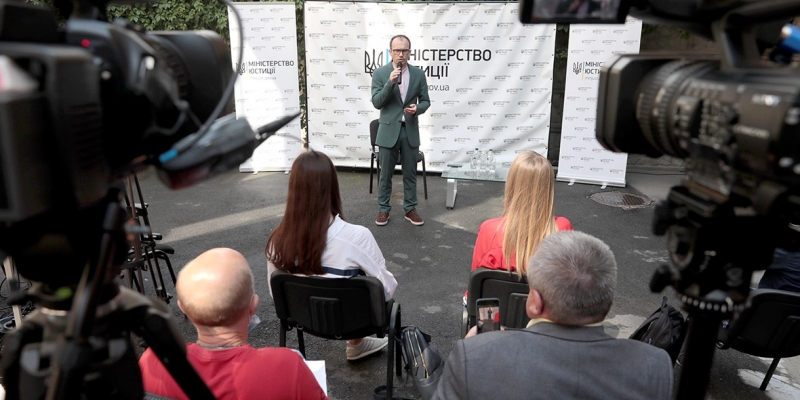 According to the head of the Ukrainian Ministry of Justice, the Russian complaint to the ECHR has no prospects from a legal point of view. Zakharova urged the minister to “respect the opinion of the court, and not to anticipate its decisions”

Russia in a lawsuit with Ukraine in the ECHR, where it had previously filed a complaint, is waiting for an “imminent defeat”, said the head of the Ministry of Justice of Ukraine Denis Malyuska.

& laquo;From a legal point of view— they are waiting for an imminent defeat»,— he wrote.

Malyuska believes that the application submitted by Moscow included “all the myths of Russian propaganda”.

The official representative of the Russian Foreign Ministry, Maria Zakharova, commenting on Malyuska’s statement, noted that he “should logically respect the opinion of the court, and not anticipate its decisions, even without having read the claim materials”.

Russia has previously appealed to the ECHR with its first interstate complaint. She put forward ten claims against Kiev, including the suppression of freedom of speech, the death of people during the Euromaidan in 2014, discrimination against the Russian-speaking population and businesses, and the blocking of the North Crimean Canal.

Also in the complaint, the Russian side stated that the crash of the Malaysian Boeing MH17 in 2014 occurred due to the “failure of the Ukrainian authorities to close the airspace over the combat zone”.

The Russian Foreign Ministry, explaining Moscow’s decision to appeal to the ECHR, said that international structures ignored human rights violations in Ukraine, while the country continues to violate obligations enshrined in international law and its own Constitution. The agency believes that the Ukrainian law enforcement and judicial system is not able to investigate these violations.The Kremlin called Russia’s complaint absolutely natural. The judge from Russia in the ECHR, Dmitry Dedov, suggested that the process will be considered for more than one year.

In early July, Russian President Vladimir Putin gave the Prosecutor General’s Office the right to represent the country in court. Before that, the Ministry of Justice was engaged in the representation of Russia to the ECHR.