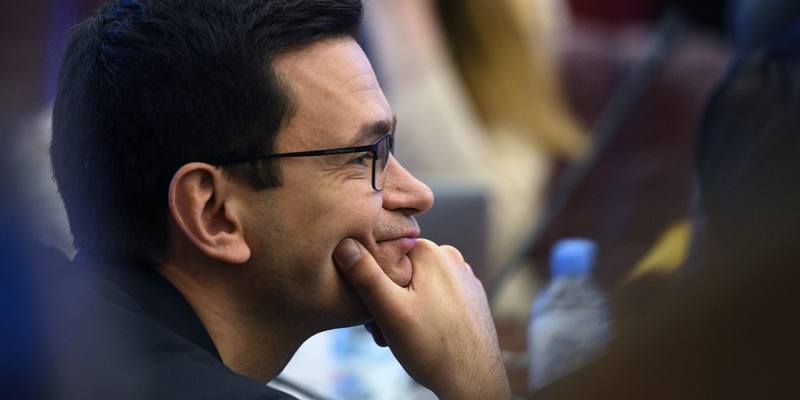 According to him, the reason was the support of Alexey Navalny. In June, the Moscow City Court recognized the FBK (it has the status of a foreign agent) and the headquarters of the oppositionist as an extremist organization. Later, all those involved in extremism were banned from being elected

The head of the Krasnoselsky district of Moscow, Ilya Yashin, was removed from the elections to the Moscow City Duma. He announced this on Twitter.

“Yesterday, the by-elections to the Moscow City Duma started. In the morning, together with my lawyers, I came to the election commission and submitted documents for registration as a candidate. However, the chairman of the commission immediately gave me an official refusal. I was forbidden to open an election account, and therefore I am deprived of the opportunity to even print sheets for collecting signatures. The reason for the ban was my support for Alexey Navalny, ” Yashin said.

According to the head of the district, the commission referred to the law that prohibits those involved in extremist and terrorist organizations from being elected. A few days after the president signed this law, the Moscow City Court recognized the Anti-Corruption Fund (FBK, recognized by the Ministry of Justice as a foreign agent) and the headquarters of opposition leader Alexei Navalny as extremist organizations.

“The Russian authorities have officially designated me an extremist. On this basis, I was removed from the elections to the Moscow Duma and deprived of the right to be elected anywhere in the next five years, ” Yashin said.

He planned to participate in the by-elections to the Moscow City Duma in the 37th district. The mandate was released there after the death of the deputy from the Communist Party of the Russian Federation Nikolai Gubenko.

“The situation is not new. A similar decision was made on Mr. Stepanov. As far as I know, they are all indicated in the court’s decision, which is addressed to immediate execution. The reason for the district commission to make such a decision is precisely the court’s decision, ” Dmitry Reut, deputy chairman of the Moscow City Election Commission, told RBC.

“The court turned him [the court’s decision] to immediate execution,” said the deputy head of the Moscow City Election Commission, answering the question that the decision of the Moscow City Court to recognize the FBK and Navalny’s headquarters as extremist (recognized as foreign agents) it has not yet entered into legal force.

President Vladimir Putin signed a law banning the election of those involved in extremist and terrorist organizations on June 4. According to it, the heads of such organizations cannot apply for any elected positions within five years from the date of entry of the court decision on the recognition of the association as extremist into legal force, and ordinary employees and those involved – for three years.