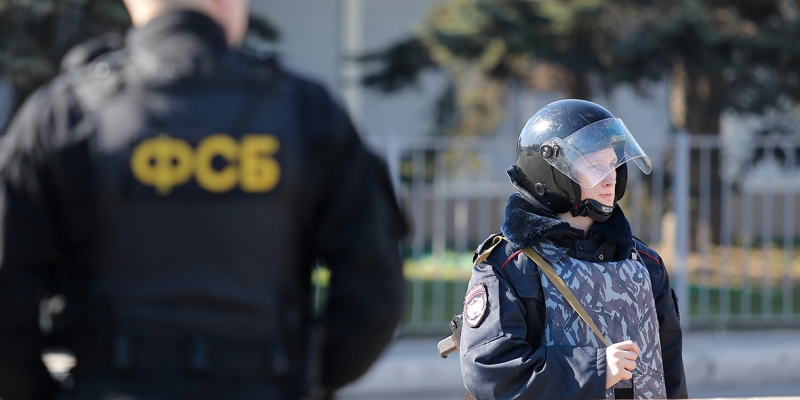 In Kandalaksha, Murmansk Region, a supporter of the “Islamic State” (a terrorist organization banned in Russia) was liquidated while providing armed resistance, the FSB Public Relations Center reports.

“The Federal Security Service on the territory of the Murmansk Region suppressed the activities of an active supporter of the international terrorist organization Islamic State, a local resident who planned, on the instructions of foreign emissaries, to commit terrorist acts at military facilities in the region,” the report says.

When trying to extract an improvised explosive device from a hiding place on the outskirts of the city of Kandalaksha, they tried to detain him, but the terrorist offered armed resistance, the FSB said. There are no casualties among the civilian population and law enforcement officers,” the FSB clarified.

During the searches, the operatives found an improvised explosive device ready for use and components for its manufacture, cold and firearms, ammunition of various calibers, as well as means of secret communication. “This confirms the intentions of the neutralized terrorist to commit terrorist acts,” concluded the FSB.

On October 22, the FSB detained an IG member in Stavropol who was preparing an explosion at transport facilities in the region. During searches at the place of residence of the detainee, special service officers found and seized explosives and destructive elements intended for the manufacture of an improvised explosive device.

In early October, FSB officers prevented a terrorist attack in the city of Cherkessk by detaining an ISIS accomplice. It turned out to be a resident of Karachay-Cherkessia, born in 2001. The terrorist attack was supposed to be directed against law enforcement officers. The components and tools necessary for the manufacture of an improvised explosive device were seized from the man. They also found correspondence with members of terrorist groups in his phone.

In addition, the Deputy secretary of the Russian Security Council, Yuri Kokov, said that the special services of some countries of the world have already noted cases when terrorist organizations use sick citizens to deliberately increase the number of infected with coronavirus infection.

“Yes, indeed, attempts have already been noted to use coronavirus-infected individuals to infect the civilian population. Such actions, for example, were revealed by the Indian special services. In turn, local extremists have been arrested in Tunisia, who illegally entered the barracks of law enforcement personnel in order to infect personnel,” he said.