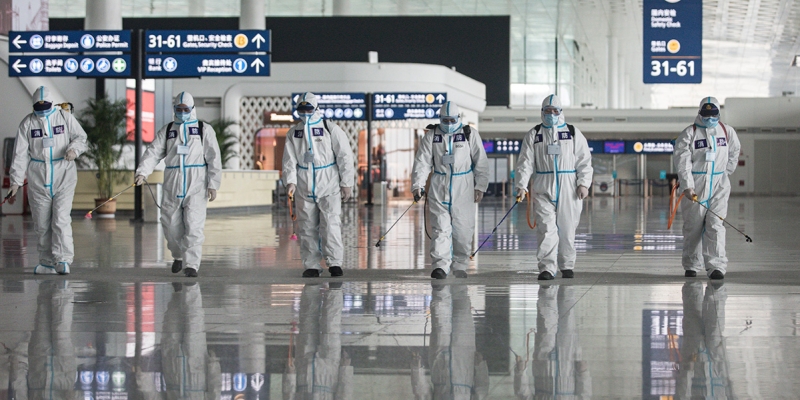 RHowever, the WHO did not rule out the appearance of a coronavirus in the Wuhan laboratory and a subsequent leak. They intend to check the city’s laboratories there. In China, they said they would not participate in such an investigation

China will not follow the plan proposed by the World Health Organization (WHO) for the second stage of the investigation into the origin of COVID-19. This was stated by the deputy head of the National Health Committee (NHC) Zeng Yixin, reports Reuters.

Last week, the head of the WHO, Tedros Ghebreyesus, said that it was too early to rule out the possibility that the coronavirus had spread after a leak from a laboratory in China, and called on China to open cooperation. He also said that the WHO plans to check the laboratories in Wuhan, near which the first cases of COVID-19 infection were registered.

Zeng Yixin, commenting on WHO’s plans to devote the second stage of the investigation to the version of the coronavirus leak from the Chinese laboratory, accused the organization of “political posturing”, writes Bloomberg. According to the deputy head of the NHC, WHO’s actions demonstrate “arrogance towards science”.

A group of representatives of the Chinese scientific community during the briefing also insisted that the virus was most likely transmitted to humans by some animal through an intermediate carrier, the agency writes. The head of the group working with WHO, epidemiologist Lian Vannyan, stressed that the laboratory in question in Wuhan has never had a virus. “We don’t need to spend more resources on investigating the leak version,” he said.

The assumption that the virus was originally developed in a Chinese laboratory was again denied by the country’s Foreign Ministry. The representative of the department, Zhao Lizhyan, during a briefing commented on a May article by The Wall Street Journal, in which the publication, citing a secret US intelligence report, claimed that at least three scientists from the Chinese Institute of Virology became seriously ill in November 2019, before the first reports of coronavirus appeared. The newspaper wrote that these data support the version about its artificial origin.

Lizhyan said that the United States has no evidence that scientists were sick before the world learned about COVID-19. ” If the United States is confident in its statements, then let them prove it. What are the names of these scientists? What disease did they catch? If they claim that scientists have tested positive for the new coronavirus, then somewherea report?”raquo;,” said a representative of the Chinese Foreign Ministry.

In his opinion, Washington did not provide evidence, because “this is a lie”. “He is only trying to demonize and stigmatize China during the investigation,” Lizhyan said.