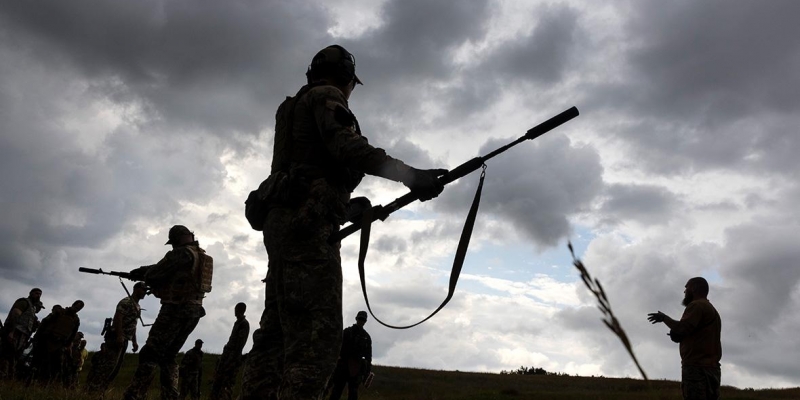 Da documentary film titled “Arming Ukraine”, which talked about the illegal trade in weapons supplied by the West, was published by the American CBS, but today it disappeared from the website of the TV company

The American television company CBS released a 23.5-minute documentary called Arming Ukraine (“Arming Ukraine”) the day before, but today it disappeared from the news company’s website. CBS explained that the film reflects outdated data and will be reworked.

In the film “Arming Ukraine”, a volunteer from Lithuania, Jonas Ohman, said that only 30% of Western weapons supplies eventually reach the Ukrainian military. In addition, the authors warned that weapons could fall into the wrong hands and provoke instability, as happened in Libya, Iraq and Afghanistan. Shortly after the release of the film, CBS updated the material, removing Ohman’s quote, and also deleted the tweet with his words.

After the release of the film, Ukrainian Foreign Minister Dmitry Kuleba called on CBS to remove it and conduct an internal investigation. “You have deceived a huge audience by spreading unsubstantiated statements and undermining confidence in the supply of vital military aid to a nation that is resisting aggression and genocide. An internal investigation should be conducted into who allowed it and why,” the diplomat wrote on Twitter.

After the start of the Russian military operation in Ukraine, Western countries have significantly increased the supply of weapons and military equipment to Kiev. The United States, in particular, has already approved the transfer to Ukraine of 17 military support packages totaling $8.8 billion.

In July, Europol reported that it had data indicating cases of firearms smuggling from the territory of Ukraine by criminal groups. “EU member States and operational partners have reported cases where criminal networks operate in the region and carry out or plan to smuggle a significant amount of firearms and ammunition, including military weapons,” the service claimed.

After that, the Secretary of the National Security and Defense Council of Ukraine, Oleksiy Danilov, demanded from Europol concrete evidence of the facts of arms trafficking on the black market from Ukraine. “We are waiting for a substantive conversation with official representatives of Europol with facts and evidence regarding allegations of alleged cases of arms and military goods trafficking on the black market from Ukraine,” he said.

Read on RBC Pro Pro “It’s not an expensive product, you’re a beggar”: How sellers manipulate customers Instructions Pro Eight Exercises to Look like James Bond Instructions Pro Food drops in price. Why global hunger is still real Articles Pro x The Economist Inflation of 160%: why the Turkish authorities cannot restrain the rise in prices Articles Pro Because of what phrases and attitudes of parents children will not be able to become leaders Instructions Pro Remote are “new cookies” for office employees Articles Pro What you need to know about buying real estate in Thailand: nuances and tips of the Article Pro “A simple path to wealth”: secrets of successful Sammari investing

The head of Interpol, Jurgen Stock, also warned earlier that the illegal proliferation of weapons would begin due to the conflict in Ukraine, however, according to Stock, this should have happened “at the post-conflict stage”. Stock admitted that even heavy weapons would get into the black market.

Russian Defense Minister Sergei Shoigu, in turn, stated that some of the Western weapons for Ukraine had already entered the black market and “spread” across the Middle East.