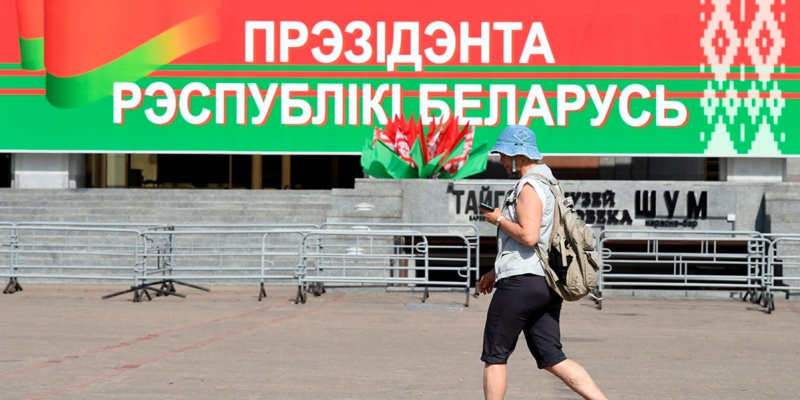 The Constitutional Commission considered it necessary to increase the minimum age of the head of the republic to 40 years and limit the time in power to two terms of five years. Lukashenka announced amendments to the Constitution after the 2020 protests

It is proposed to increase the minimum age for holding the post of head of state to 40 years. & laquo;In the section & laquo; President. Parliament. The government has been proposed to preserve the presidential form of government. To hold the post of president, set a higher age limit of 40 years, the requirement of permanent residence in the Republic of Belarus for at least 20 years immediately before the elections, the requirement of citizenship not to have the citizenship of a foreign state, ” Miklashevich said. Now a citizen of at least 35 years old and living in the country for at least the last ten years can become the president of Belarus.

In addition, Miklashevich announced that the updated Constitution will fix the maximum number of presidential terms:one person cannot be the president of Belarus more than twice. All proposals for amendments to the Basic Law will be presented to the current President Alexander Lukashenko tomorrow.

On July 21, Belarus is due to approve the draft of a new Constitution. In July, a special commission submitted final proposals for amendments. They also mentioned an increase in the age limit and the period of settlement for a presidential candidate. In addition, the applicant for this post must not have a foreign citizenship or a residence permit.

Experts stated that the latter restriction may prevent the participation of opposition leaders in the elections, who left the country after the events of August 2020 due to the threat of criminal cases.

The new Basic Law grants the President of Belarus the right to appoint and remove the Prime Minister, the Prosecutor General, the head of the KGB, judges of the Constitutional Court and the chairman of the CEC with the prior consent of the parliament. It is proposed to increase the term of office of the head of state from four to five years.

The new Constitution also gives powers to the All-Belarusian People’s Assembly (VNS)& mdash;« the highest representative body of the people’s power & raquo;, which will include deputies, senators, representatives of local authorities from all regions. They will be able to decide on the legitimacy of the election of the head of state, as well as remove him from office by two-thirds of the votes when committing treason or a serious crime.